It seems like not only fans support BEAST’s decision to leave their company.

Just today, 5-member boy group BEAST made headlines when it was reported that they will not be renewing their contracts with CUBE Entertainment, and will instead establish an independent company together. Fans of the group were pleased with this news and showed their support. However, it seems like not only fans support the group’s decision as a well-known idol recently expressed his support for the group on his Twitter account. The idol in question is 2PM’s Taecyeon!

In his post, he linked an article stating that BEAST will be establishing their own label and added the caption “Awesome~” 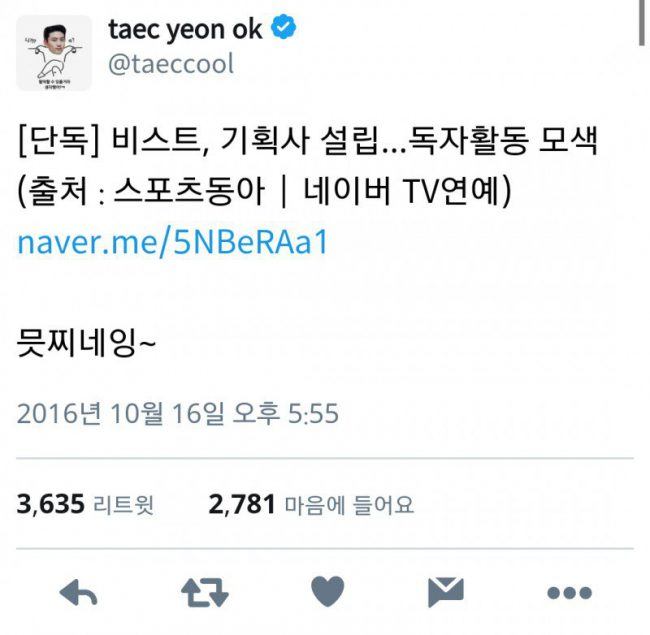 However, recent news states that CUBE and BEAST are still in the middle of negotiating the group’s contract renewal and that nothing has been decided yet.