BP Rania‘s Alex officially announced her departure from the group, but not everything seems so clean cut. Alleged evidence found online tells a messy story between Alex and DR Music that started from her debut to her departure. 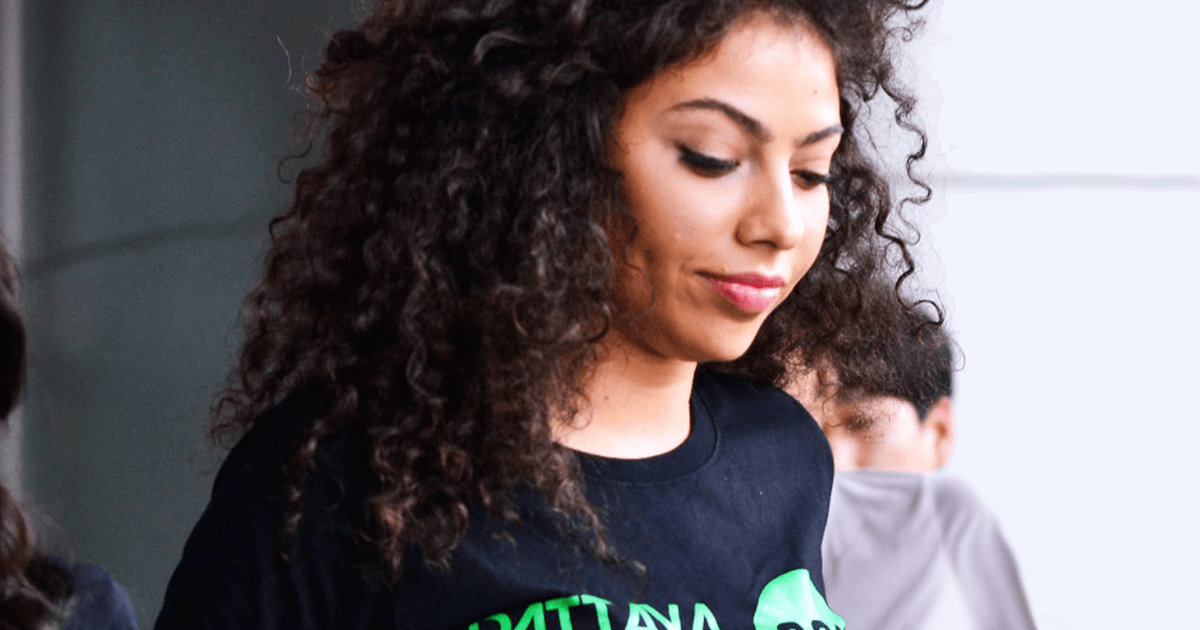 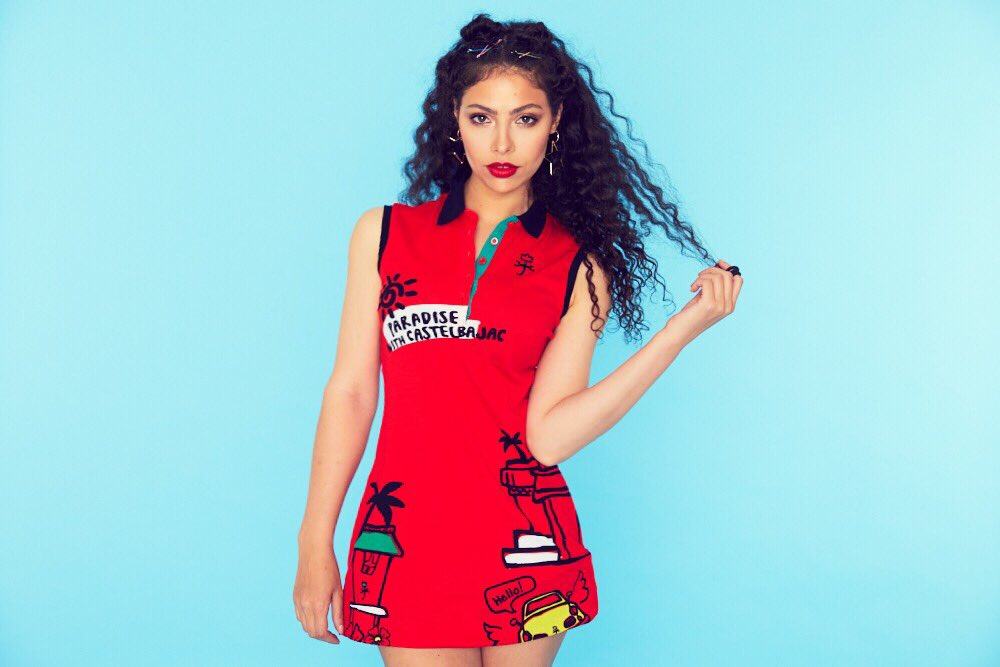 Alex was announced as the first African-American to debut in K-Pop, when she joined Rania in November 2015. She was introduced as a new member, along with Hyeme and Zi.U. 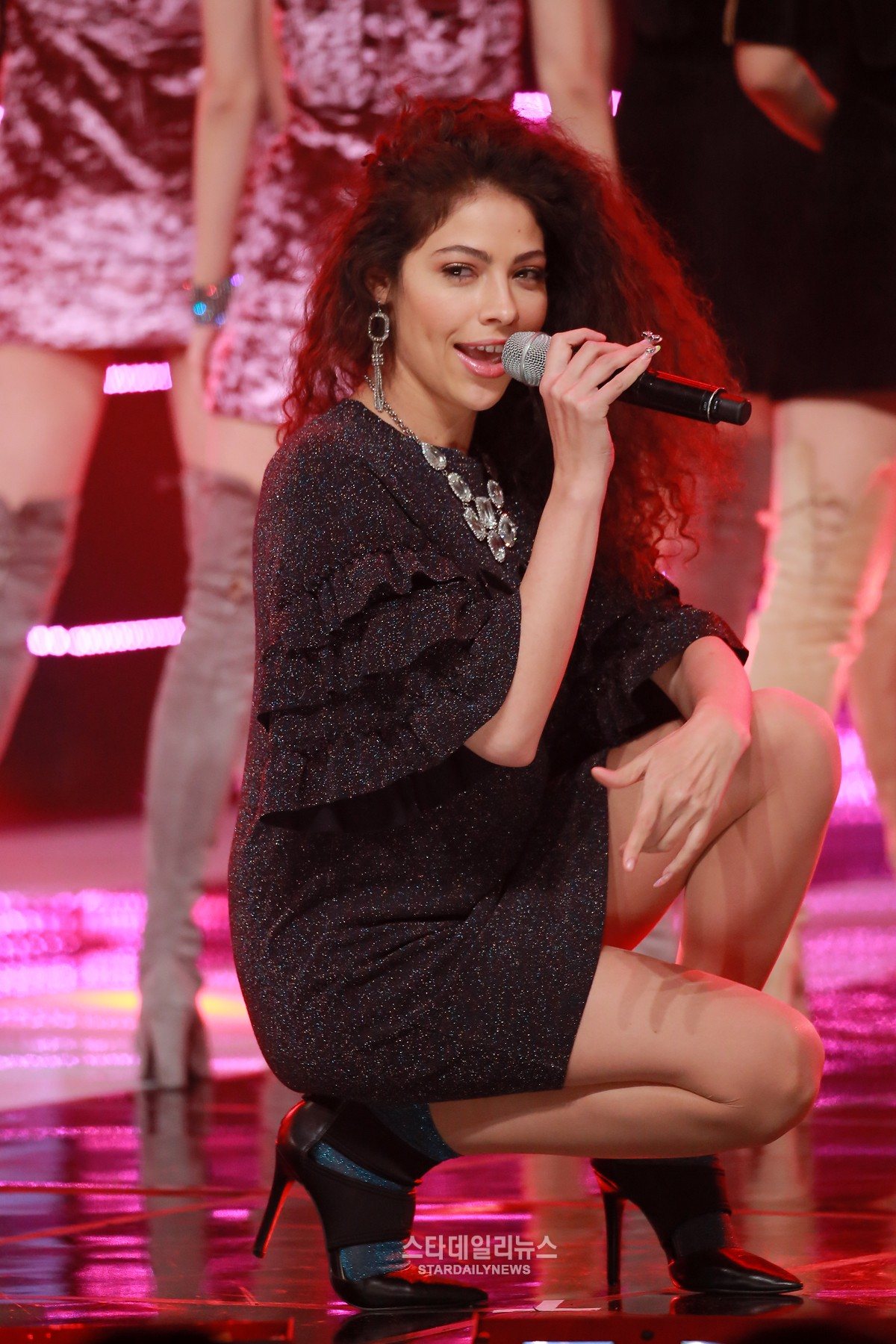 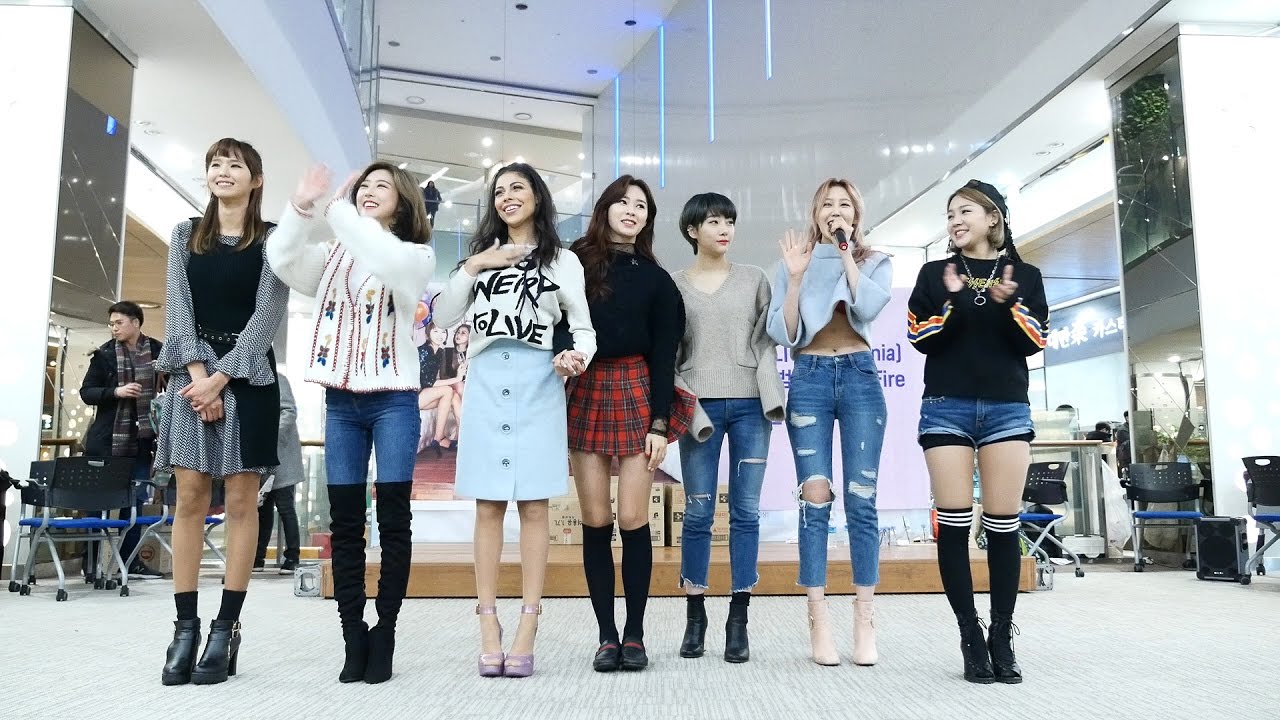 It was also announced that Alex will be the new leader of the rebooted group. 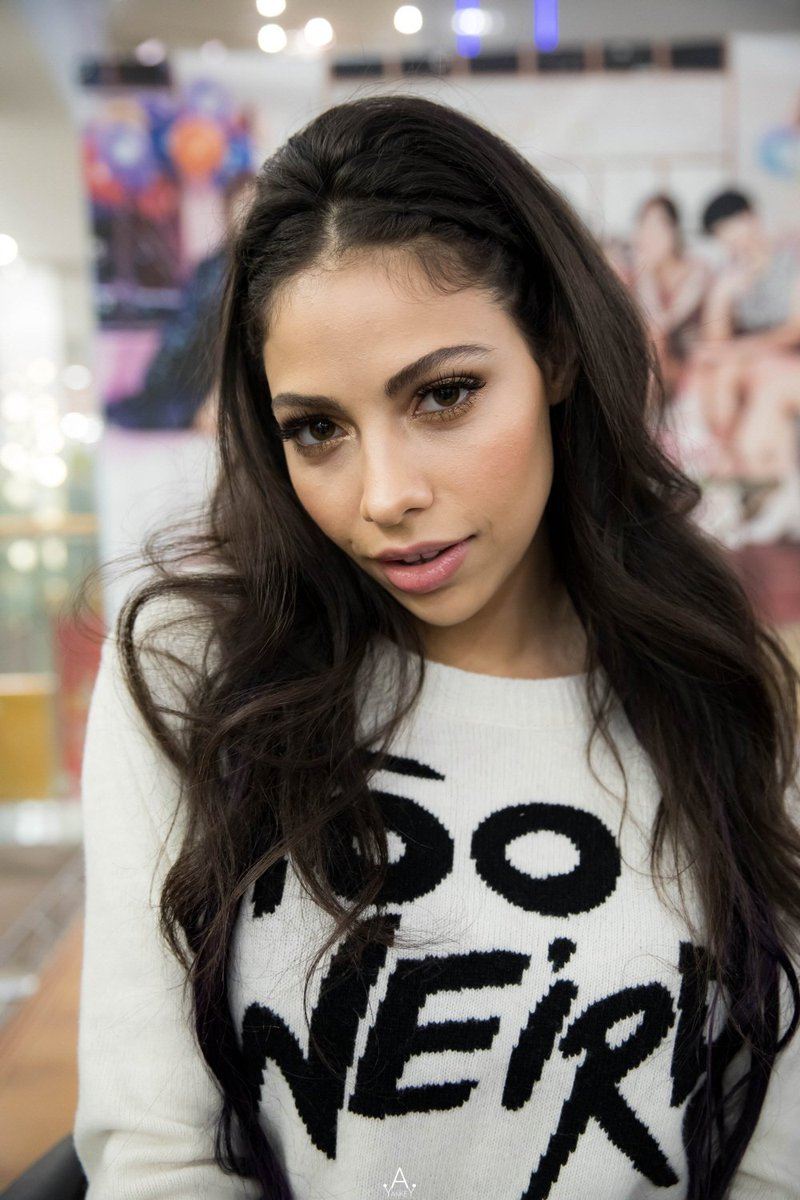 Controversies arose in early 2017 when Alex was basically cut from BP Rania’s new choreography. She would dance in the beginning and then walk off stage for the rest.

When fans demanded an explanation, their choreographer implied that Alex did not have the right work ethic.

“She said she won’t do it because she’s a rapper.” 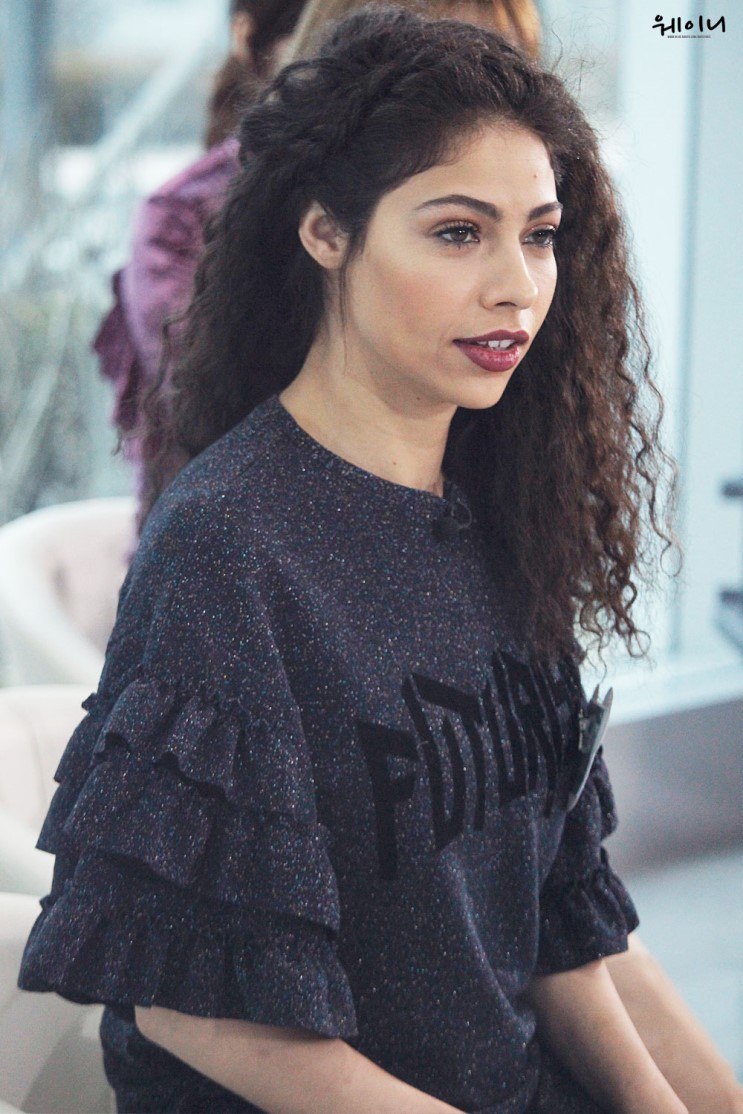 But Alex took to Twitter to deny her false accusations.

If these lies keep magically surfacing I’ll go ahead and come out with the truth. Let it really hit the fan.

DR Music spoke up to clear the controversy between Alex and the choreographer.

“The rumors that Alexandra was not willing, able, or present at practice to participate in the full choreography are false.

Her level of talent is surpassed only by her work ethic and dedication to the team. It is for those reasons that we gave her the position of leader.”

DR Music soon announced that Alex will be fully participating with the group by dancing in the whole choreography. 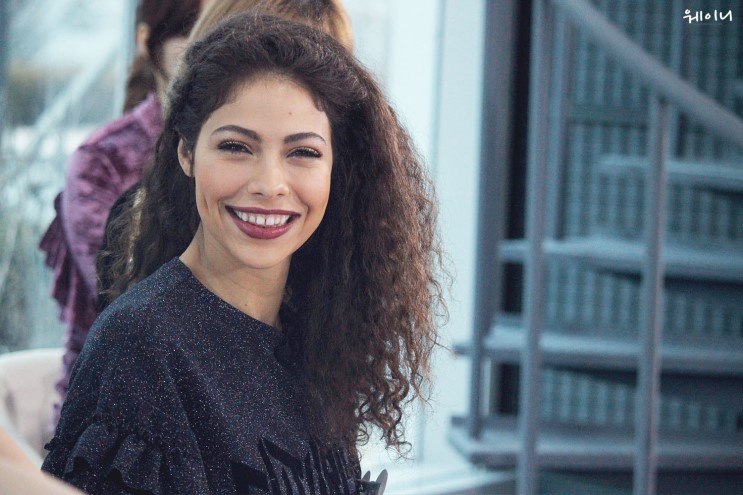 But later, they claimed that Alex will be taking a hiatus from BP Rania because she was offered an acting opportunity in the States. 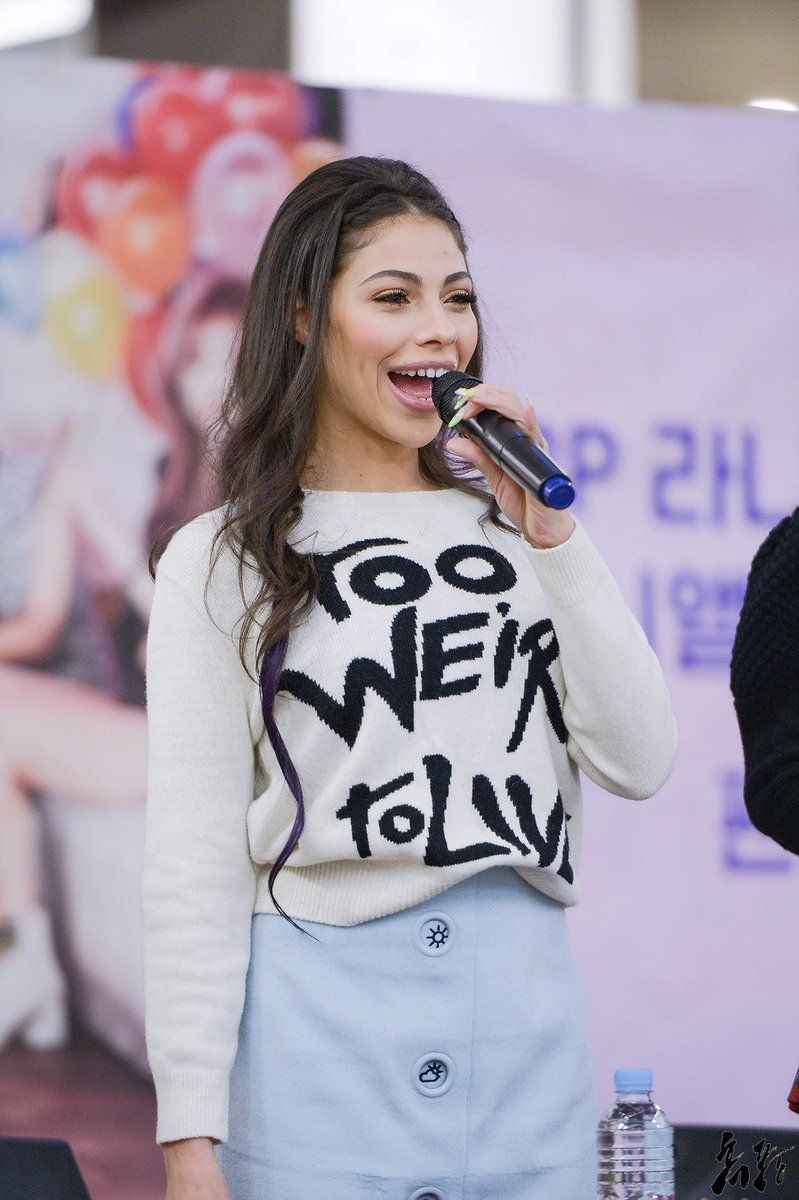 With Alex temporarily in the States and Yina deciding to leave the group again, BP Rania continued to promote as 5 members.

While on her hiatus, Alex suddenly posted to Twitter concerned that she was kicked out of the group.

“I heard the label tweeted that I’m out of the group… can someone put me in the loop? Do they celebrate April Fools in Korea?”

“Did I get kicked out of my group for real or for April Fools? #meanestprankeverifitsaprank“

It was later revealed that the claim came from a fake account posing as DR Music.

Ahhhhhh someone pranked us all lol apparently the account that tweeted that was fake. Ok I can take a joke 😰lollll 😊😅

But just a couple months after the confusion, DR Music officially announced that she was indeed leaving the group.

“Our staff [and] the artists have reached an agreement that Alexandra is no longer a member of BP Rania. We have gone through quite many conversations & meetings and agreed to promote with 5 members.” 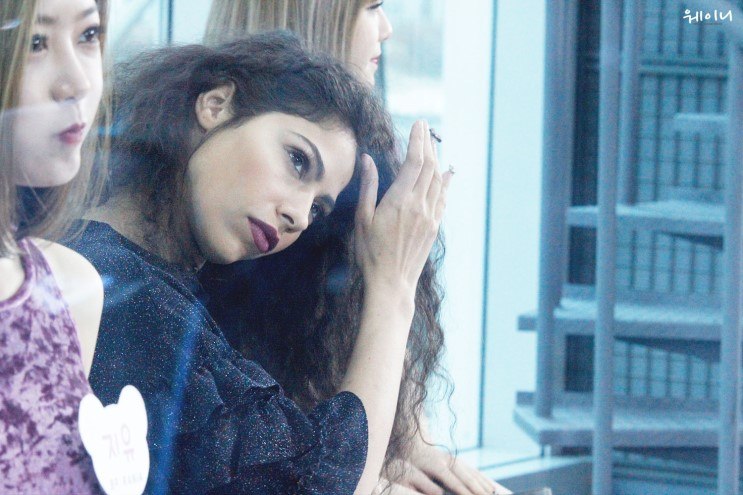 But they wanted to assure fans that the decision had nothing to do with racism or “other rumors”.

“This decision is not due to rumors such as racism etc.” 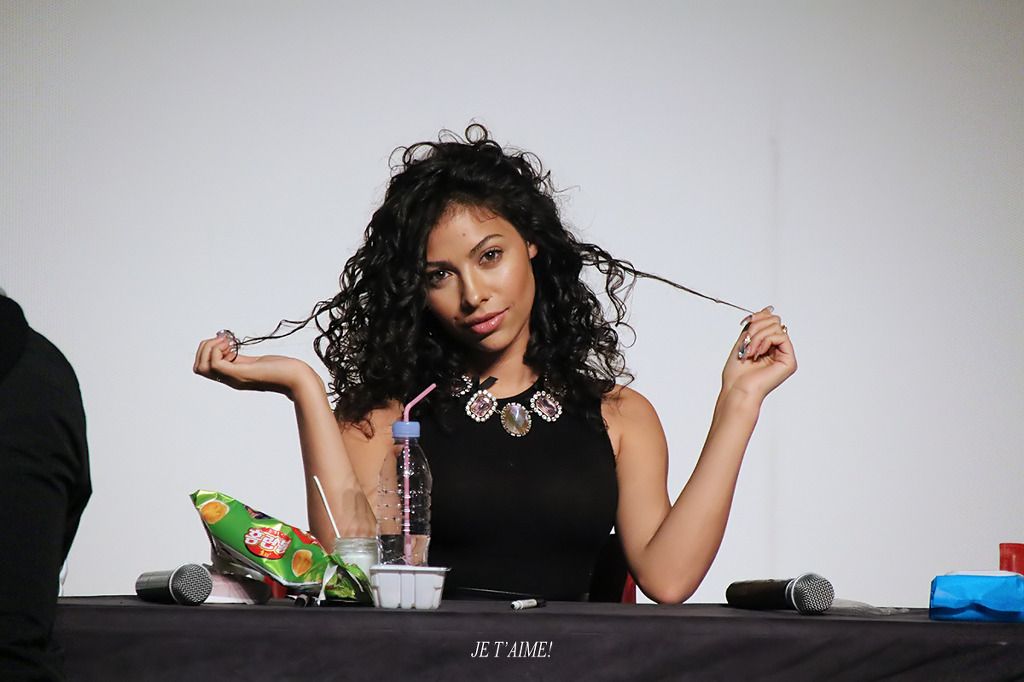 Soon after the announcement, Alex took to Twitter to post a cryptic message about no longer being locked in, but now being locked out.

It’s either the lock-in or the lock-out… depending who you are ??‍♀️

She also tweeted a possible criticism against DR Music.

People think they can push you around, take advantage of you, manipulate you, violate you then throw you in the trash and walk. Dead wrong.

In the end,  Alex left a video for her fans to talk about her departure and her experience as a BP Rania member.

“I’m no longer a member of Rania… Thank you for supporting me, cheering me on, and having my back – even fighting my battles.”

my message to y’all ? pic.twitter.com/UkqVpTqNS9

But fans were convinced that the story behind Alex and BP Rania was way messier than it seemed. 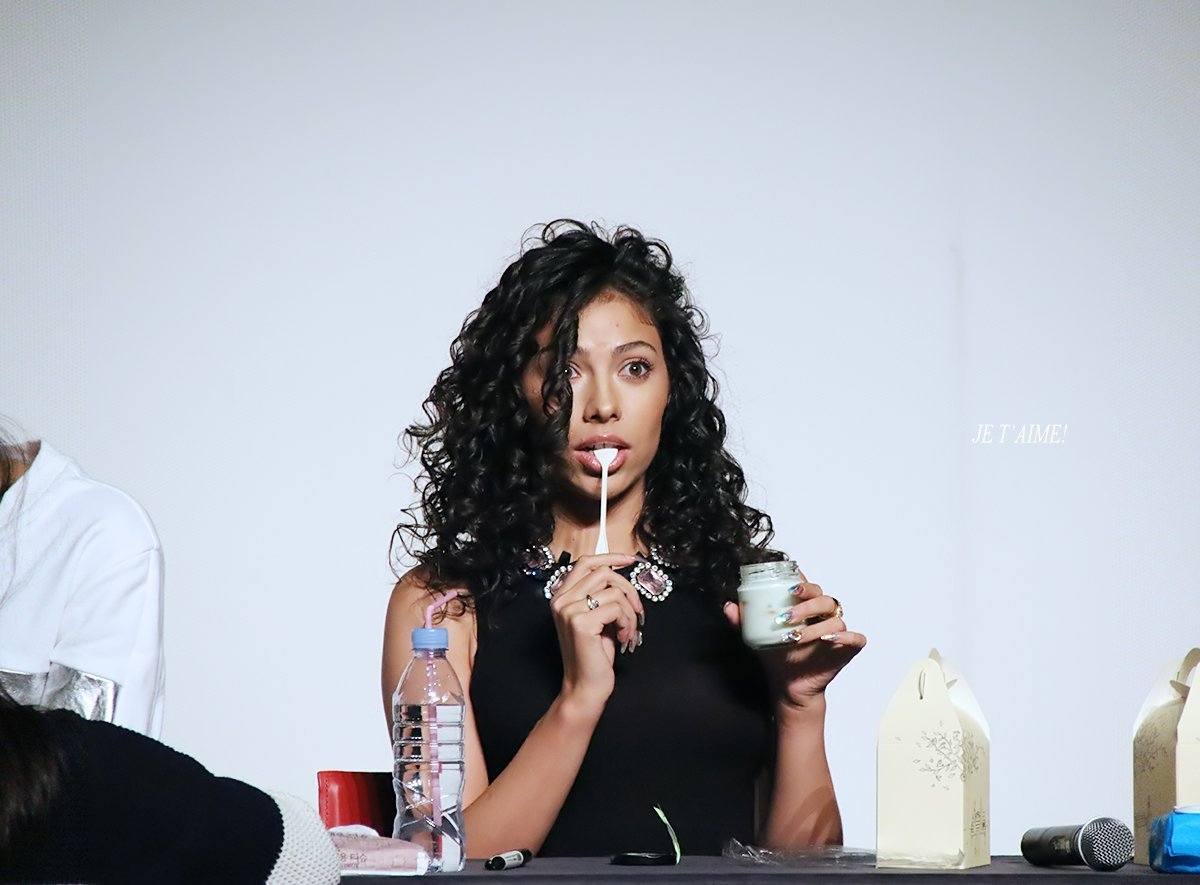 A fan of BP Rania posted screenshots of her conversation with a netizen named Candy, an infamous anti-fan of Alex, where Candy states that Alex was pressured to leave the group.

“Candy: She needs to take the hint and leave. Nothing fans will do will change their mind… She is done for.

Fan: Well if both Phil and DR don’t want her then why not kick her out?

Fans claimed that Candy was in talks with not just the manager (Phillip), but also DR Music CEO’s son. Candy had convinced him to make Alex leave the group. 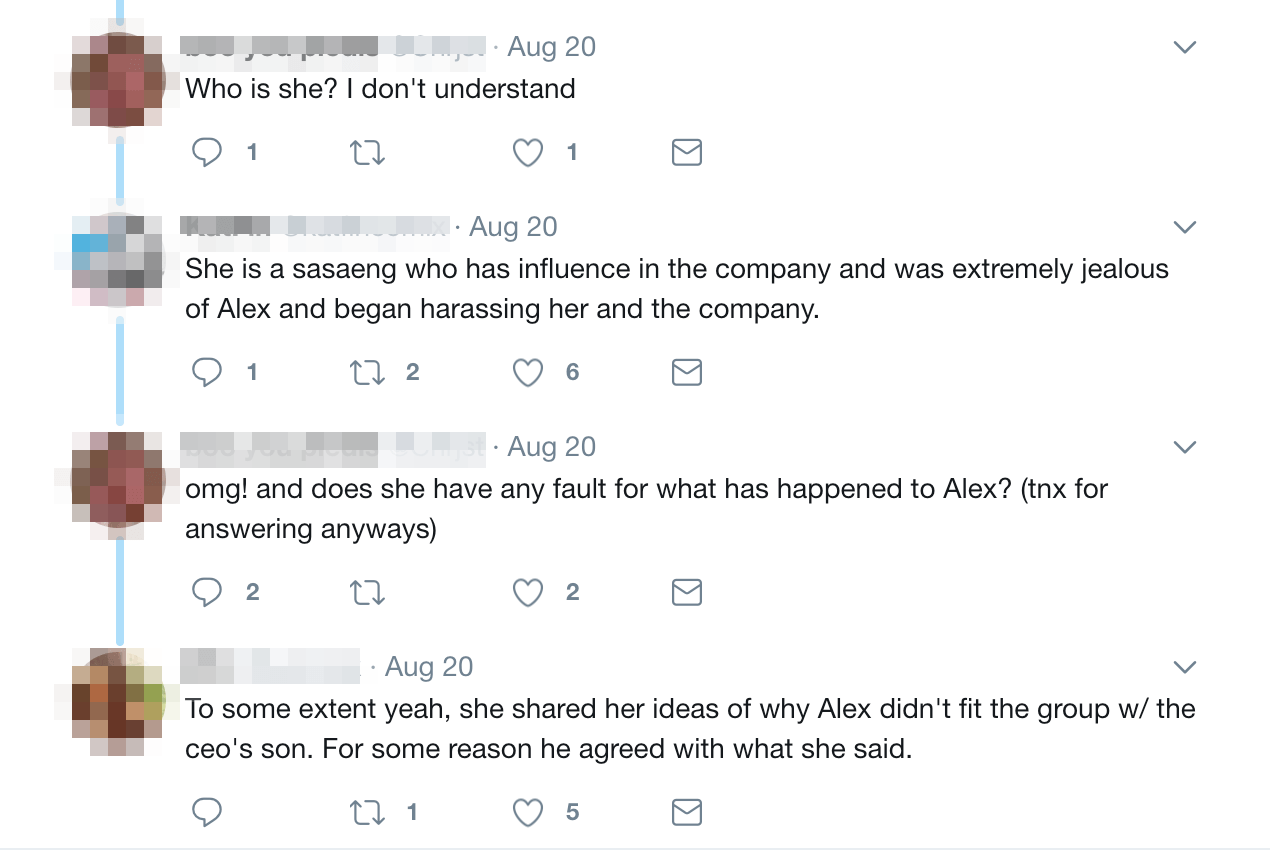 Evidence also claims DR Music was shady with the group’s upcoming music. They would hire producers to write songs for the group but continually reject any demos being sent.

Another post stated that the manager also denied any help they were offered in terms of marketing towards the fans. 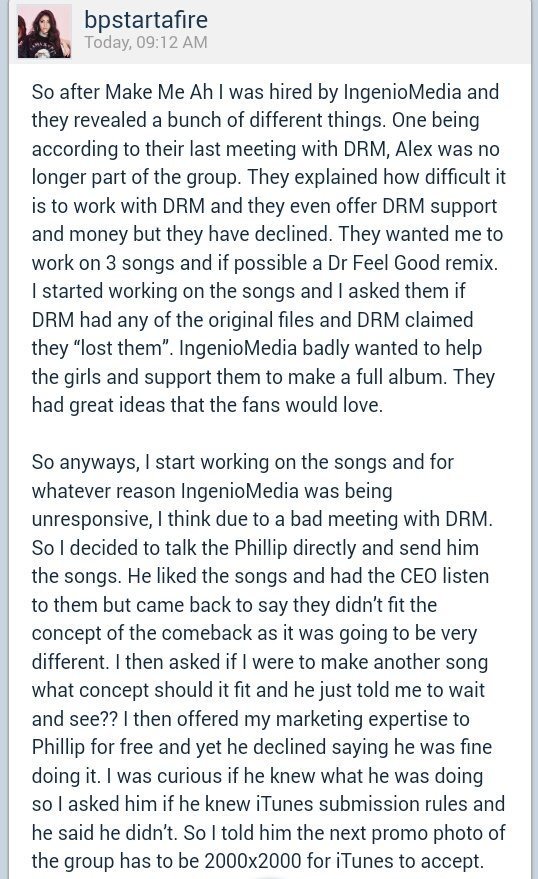 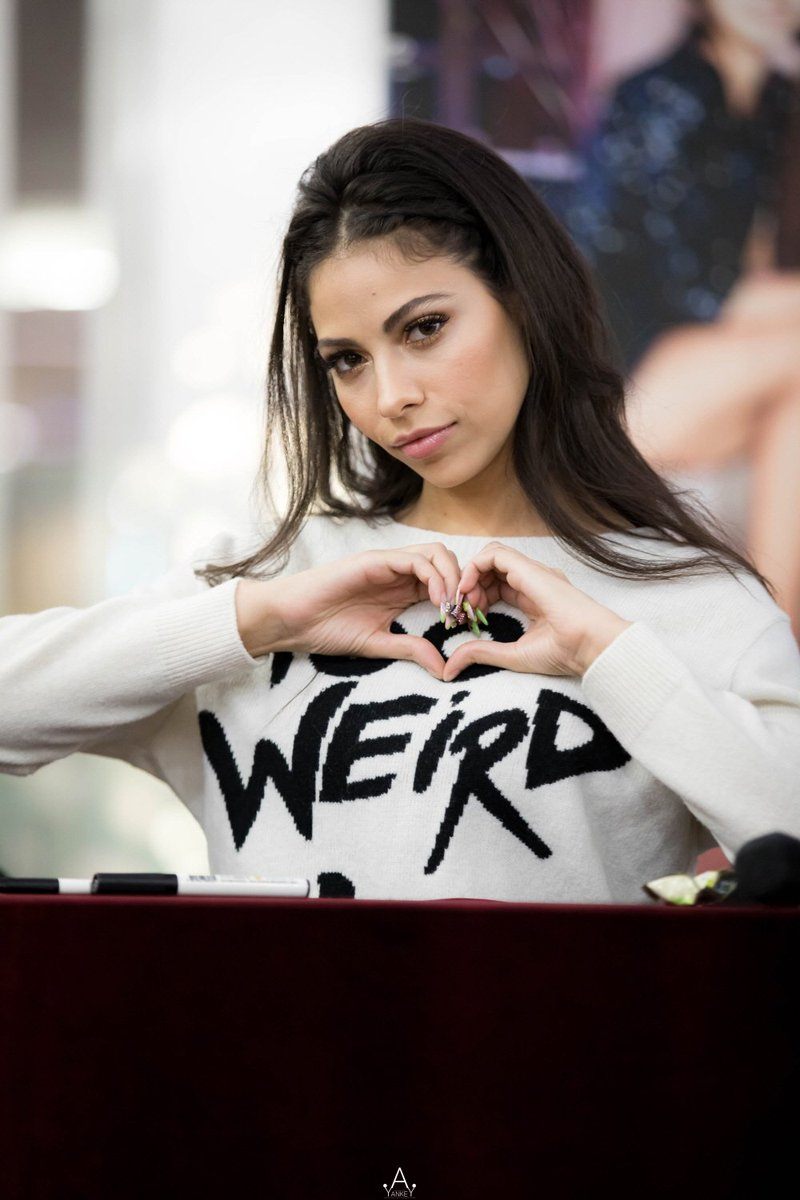 Needless to say, international fans were unhappy about Alex’s departure from the group. Many accused DR Music of racism and unfair treatment towards Alex.

Even one of Alex’s closest members, Ttabo, took to Twitter with an upset message.

“I’m sorry. I failed to live up to everyone’s expectations.”

Still, many BP Rania fans ask everyone to respect Alex’s decisions and continue to support her in her future career, as well as the remaining members.