SEVENTEEN‘s fandom has proven to match their group’s sense of humor perfectly, by creating the most clever support banner.

Prior to the Idol Star Athletics Championships, SEVENTEEN went on the Yang and Nam Show, where the members were given a series of missions to determine which team unit would be the best to lead SEVENTEEN in 2017.

One of the missions was to test the attributes of each unit’s team leader. All three leaders’ patience was tested by playing the “I see” game where they had to remain calm as the other members relayed their dissatisfactions with them.

When it was the Performance Team’s turn for the game, The8 didn’t hold back as he talked to team leader Hoshi. His complaint was about the time the Performance Team was struggling with coming up with new choreography. The8 had worked really hard on an idea and suggested it to Hoshi, but Hoshi brushed it off and rejected it. However, when the choreographer suggested the exact same idea, Hoshi said that it sounded good. The8 ended his frustration by saying, “Why don’t you listen, you Imma!?”

The Korean word “Imma/인마” is a slang term that is usually used toward someone of the same age or younger which means something like dude/punk. Since Hoshi is actually older than The8, everyone found it hilarious and the Performance Team ended up taking the lead thanks to the word The8 used.

Fans of SEVENTEEN found the moment memorable and hilarious as well, and turned it into their support banner for SEVENTEEN at the 2017 Idol Star Athletics Championships.

A photoshopped image of The8 shouting the word from the show could be seen on the banner along with the words, “SEVENTEEN, run quickly IMMA!!”

Here’s a clearer version of the hilarious banner released by MBC: 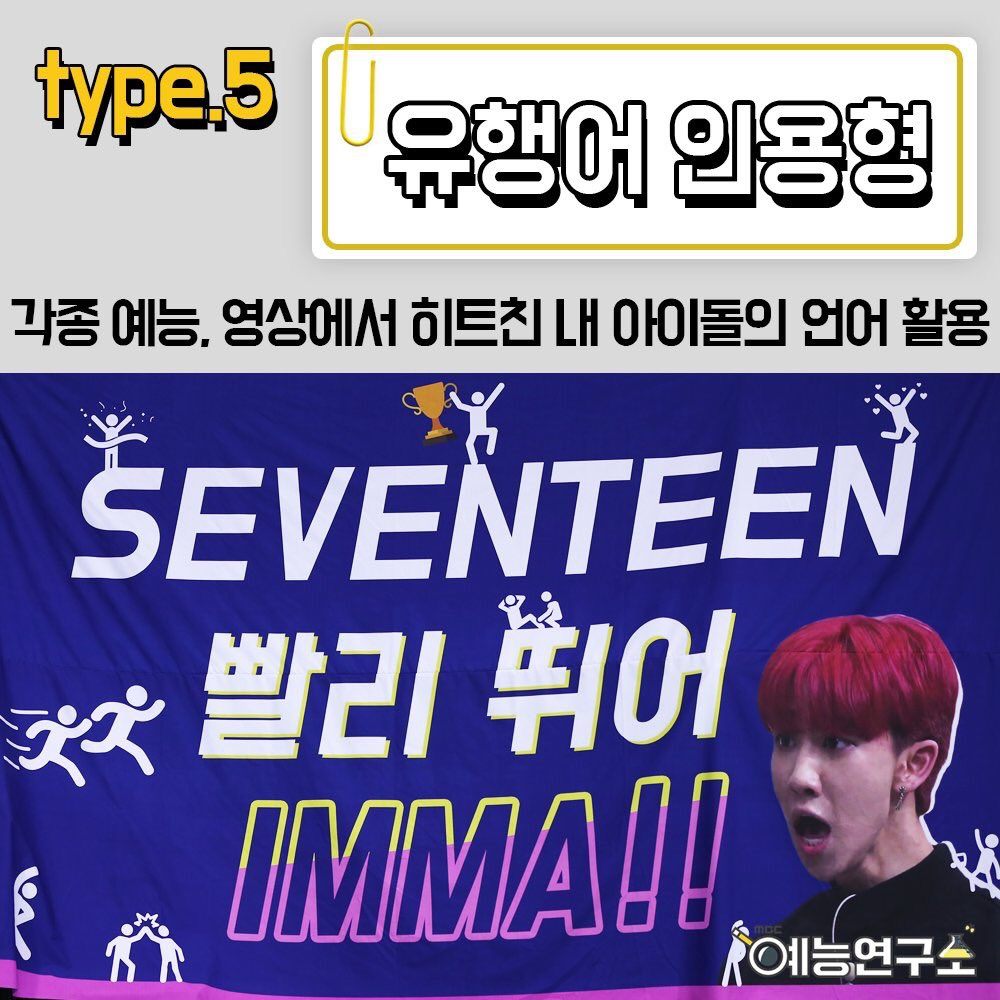