Block B’s P.O gets to live in the same house as his ideal type and his reaction to her arrival was priceless! 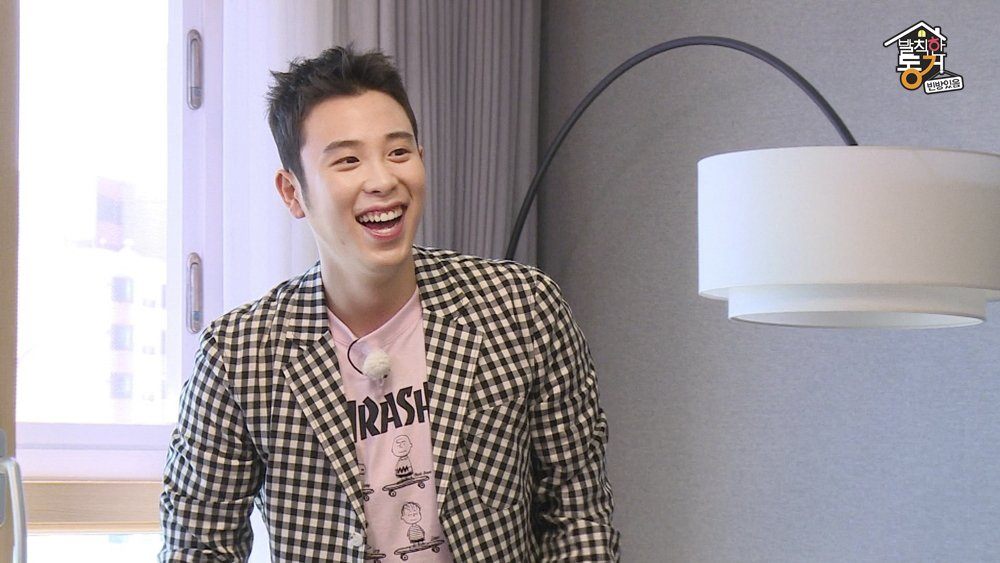 The new segment of MBC’s Insolent Housemates (Living Together In An Empty Room) featured the first meeting between new housemates P.O and Sandara Park. 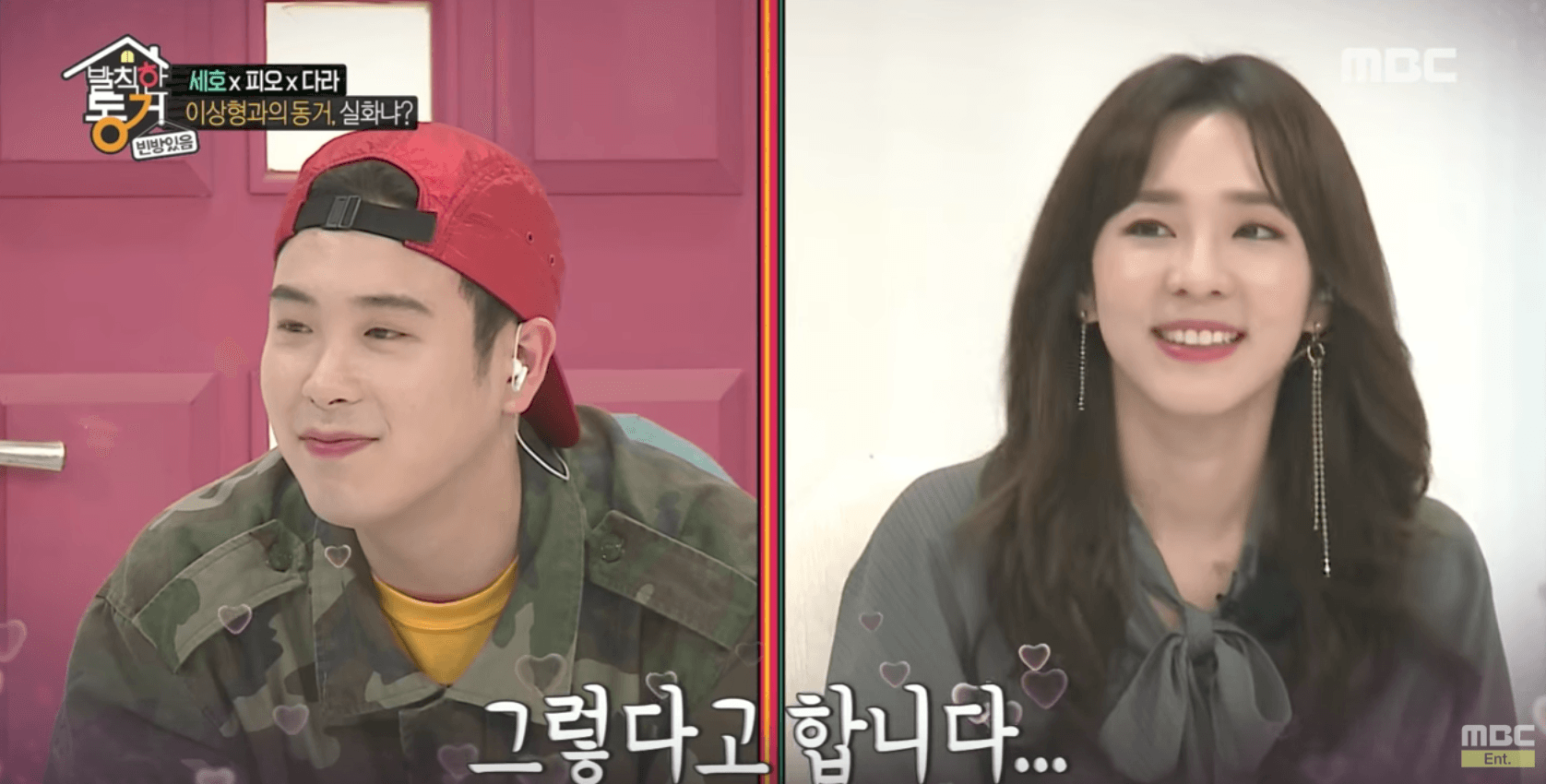 P.O and Sandara Park will be living in the same apartment as comedian Jo Se Ho. 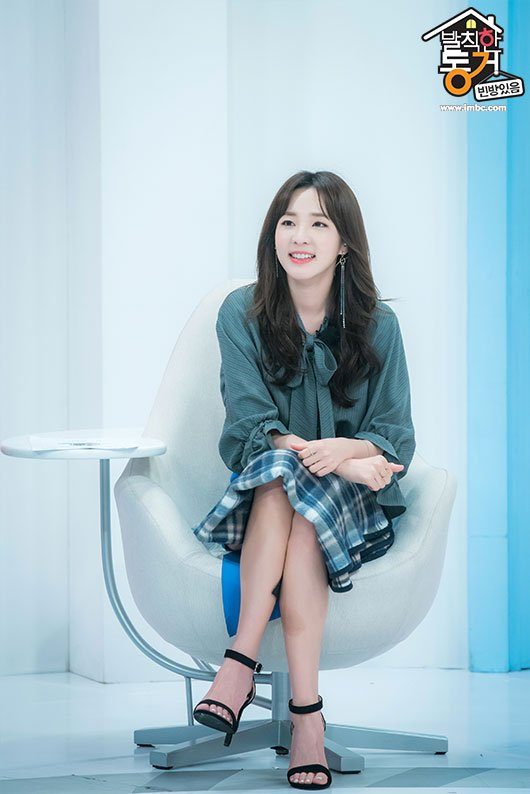 P.O in particular was observed to be a bit nervous as he and Jo Se Ho waited for Dara’s arrival. 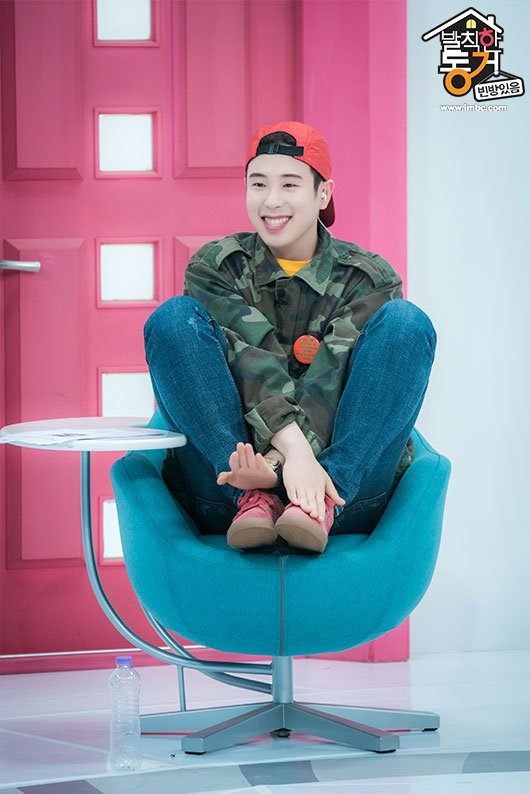 Their reaction was priceless as soon as they heard the doorbell. They were so shy, yet they fought over who would get to greet her first.

P.O and Seho’s reaction when Dara came. Pointing at each other on who should open the door.? pic.twitter.com/nr3ncV7pLG

At one point, P.O suddenly went quiet and blushed during this encounter with Sandara.

Many believe this was likely due to his past admission that Sandara Park was his ideal type. 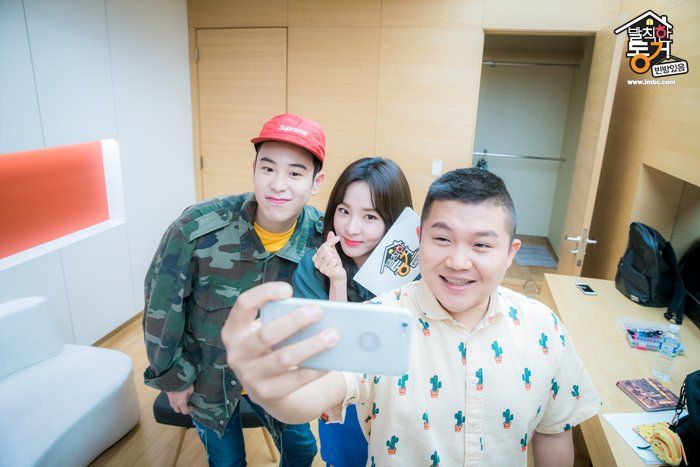 Although the two have been friends since, P.O admitted to the program that it was still good to be in the room as his type.