MONSTA X‘s Shownu, who is known for his incredible body and gangster shoulders, proved himself to be a human Hulk! 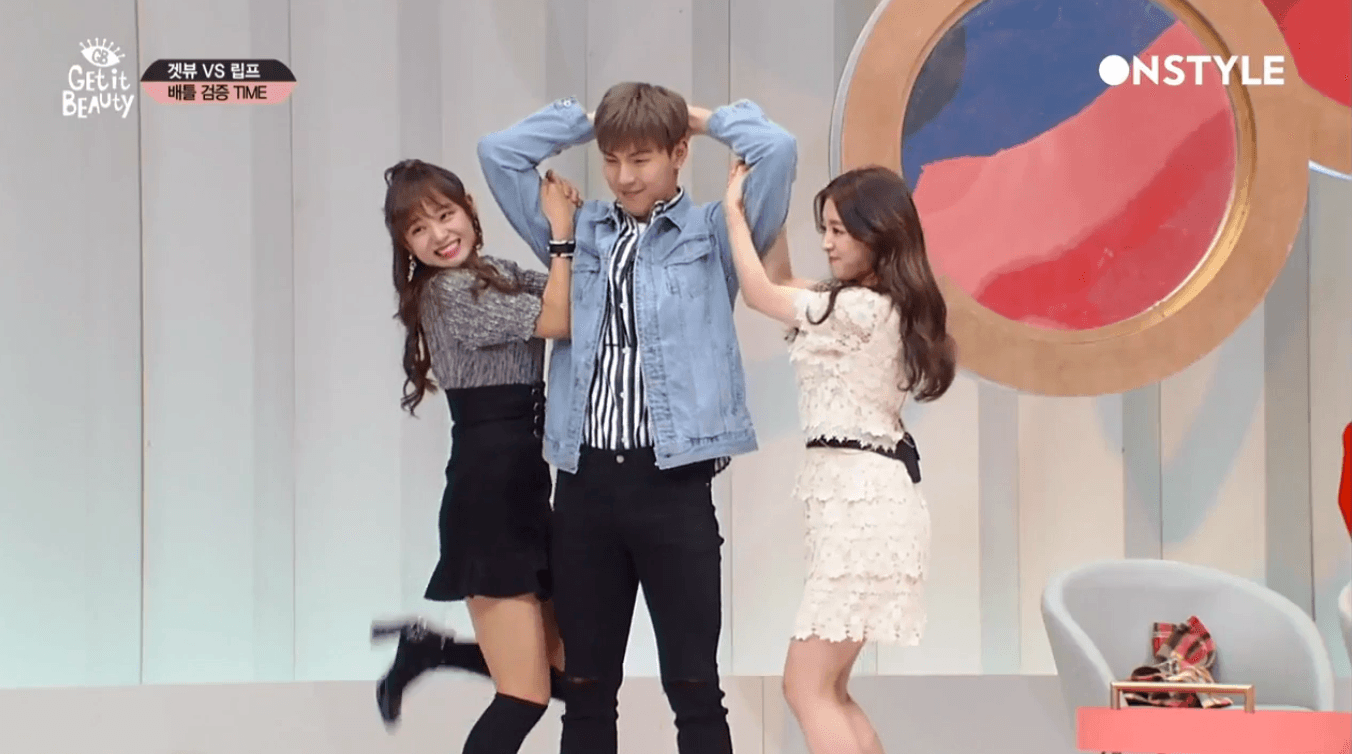 OnStyle’s Get It Beauty 2017 and Lipstick Prince did a collaboration episode where Tony Ahn and MONSTA X’s Shownu visited the set of Get It Beauty.

Ahe emcees learned that one of Shownu’s nicknames is “Show-thighs,” and asked him if it’s because he’s strong, to which Shownu acknowledged confidently.

Gugudan‘s Kim Sejeong, one of the hosts of Get It Beauty, suggested that they should test Shownu’s strength by having herself and the other host, Actress Lee Seyoung, hang on each of his arms.

Shownu asked what would happen if he failed to carry the both of them. Honey Lee replied jokingly, that he should just go home if he fails.

Having noticed Shownu’s uneasiness, Honey Lee suggested for the girls to give him a feel of how much they weigh.

As a result, Shownu was able to carry the both of the emcees for an impressive few solid seconds up in the air before the emcees let go.

Kim Sejeong praised Shownu for his strength by saying that she his muscle was as big and solid as an ostrich egg!