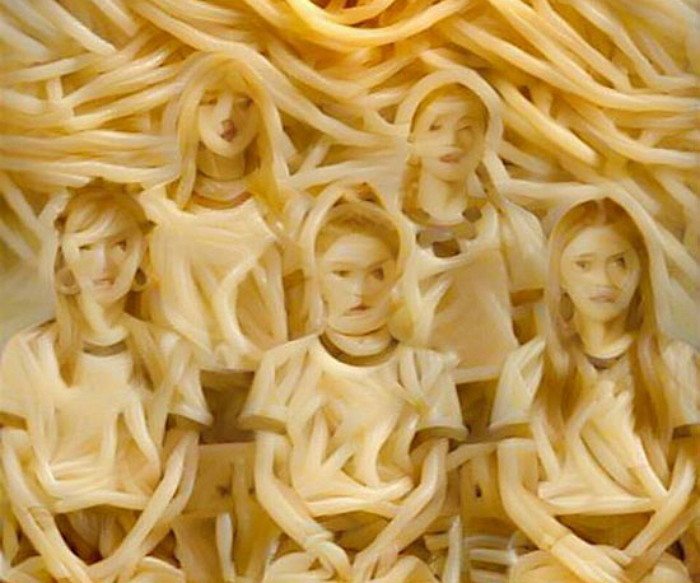 The spaghetti noodles closely resembled each of the members quite accurately. 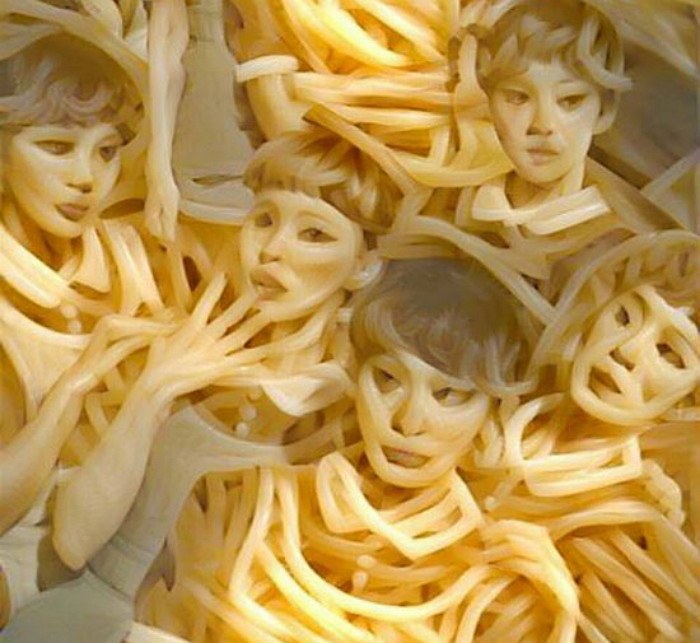 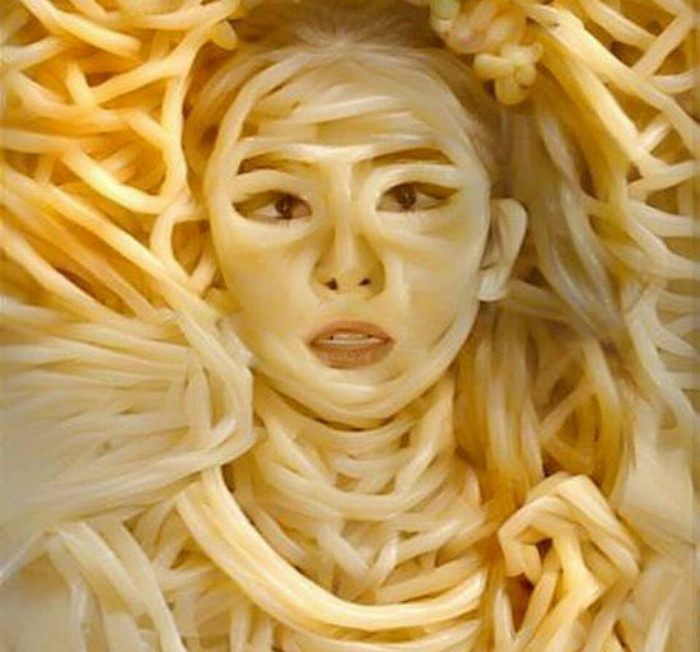 …but they were also able to make figures of them dancing and posing! 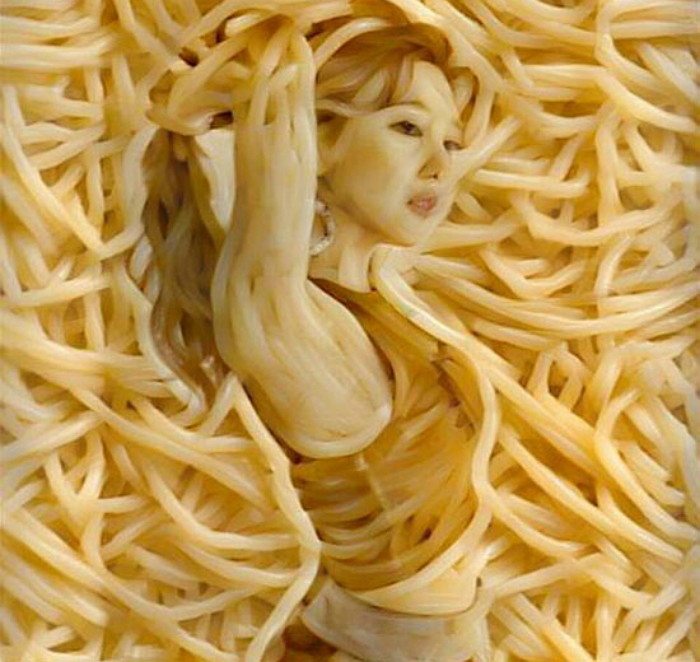 Other fans who came across the spaghetti art were mesmerized by similar they looked to the real members. 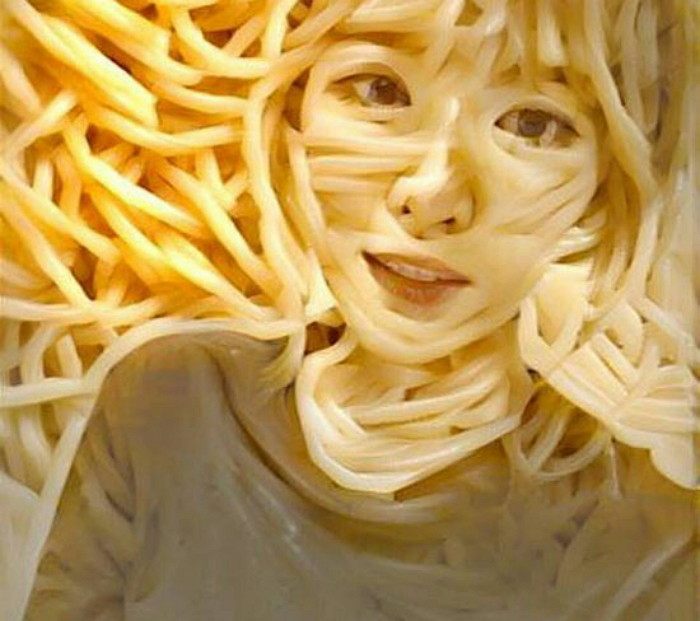 However, these are all photoshopped and not actual spaghetti noodles!

Still doesn’t take away from the fact that this fan is really talented! 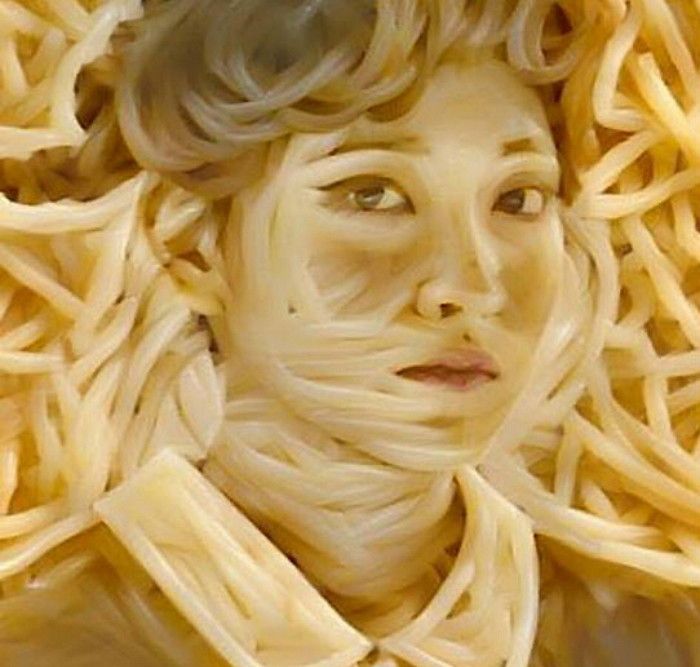 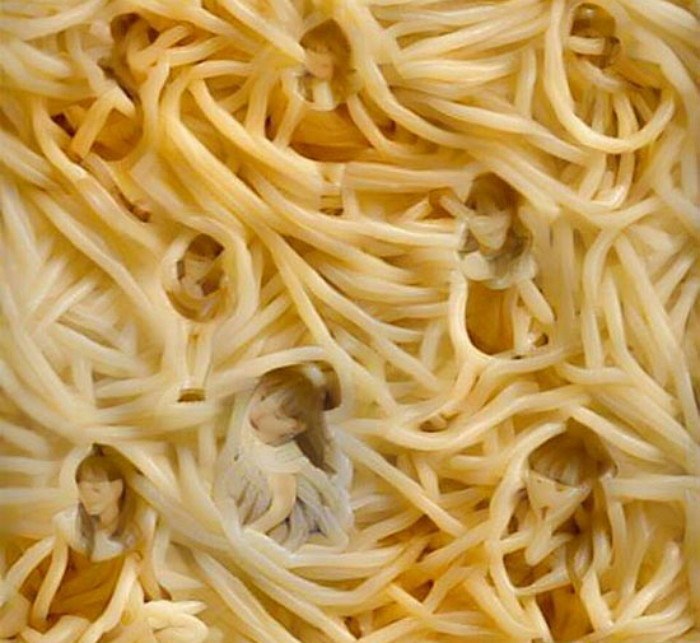 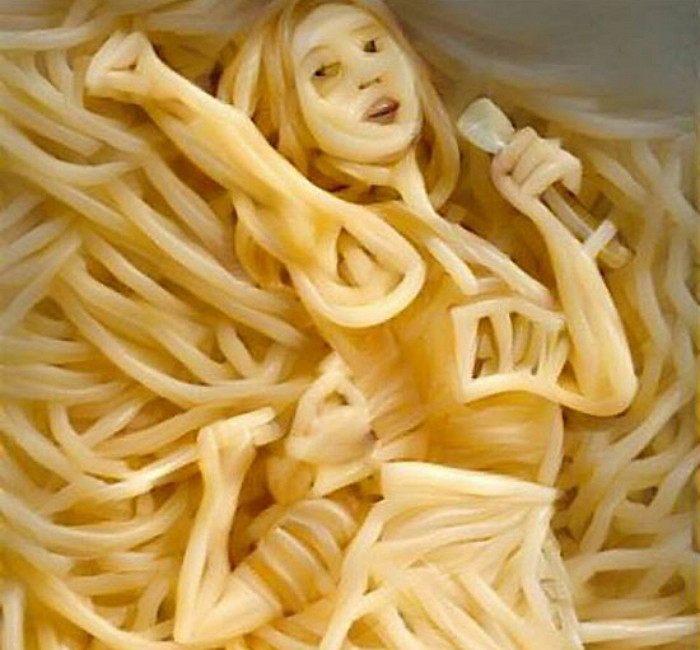 BTS’s V Reveals He Gained Weight During A Specific Era, And That’s Exactly Why ARMY Love It