Taiwanese anchorwoman Vivi Huang and her friend were involved in a dispute with a Thai hair salon. 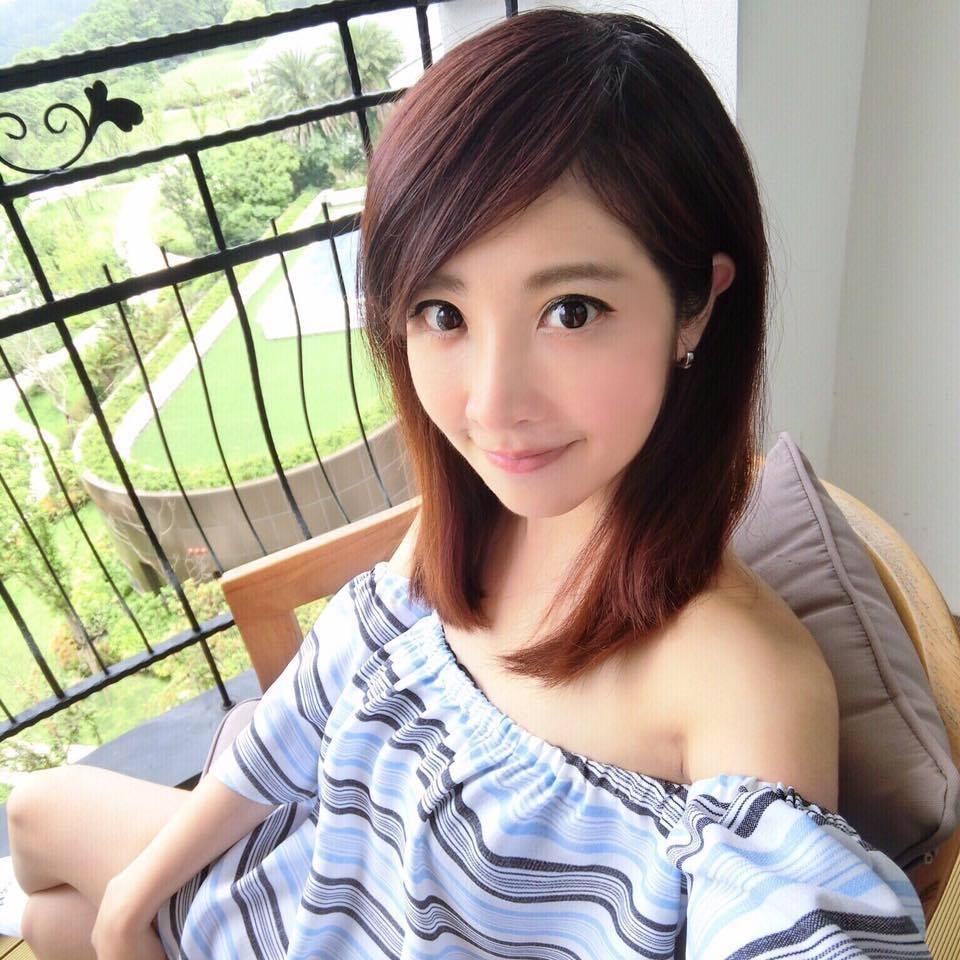 They were in Bangkok Siam Square for a hair cut but she claimed the service was unsatisfactory. 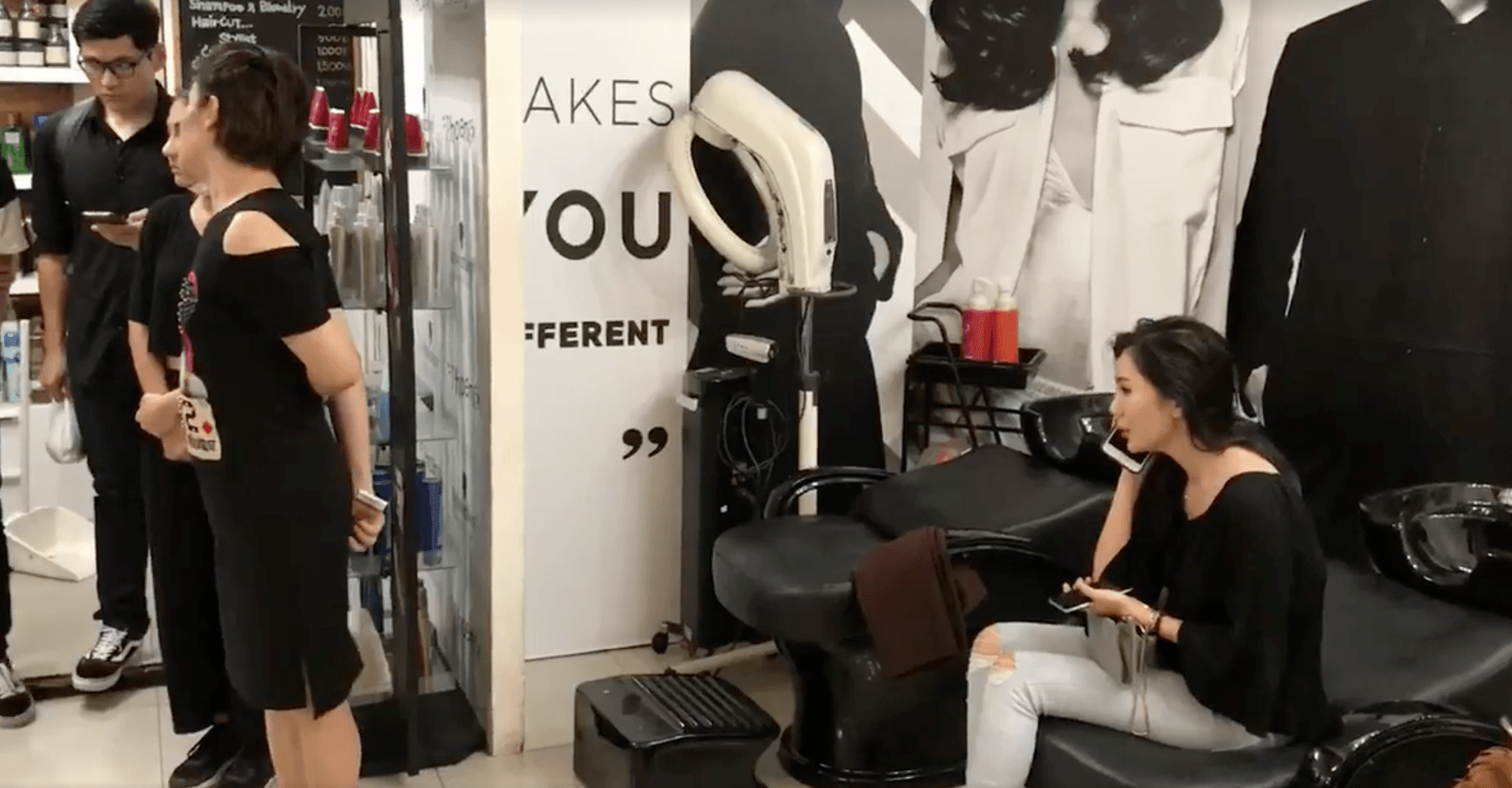 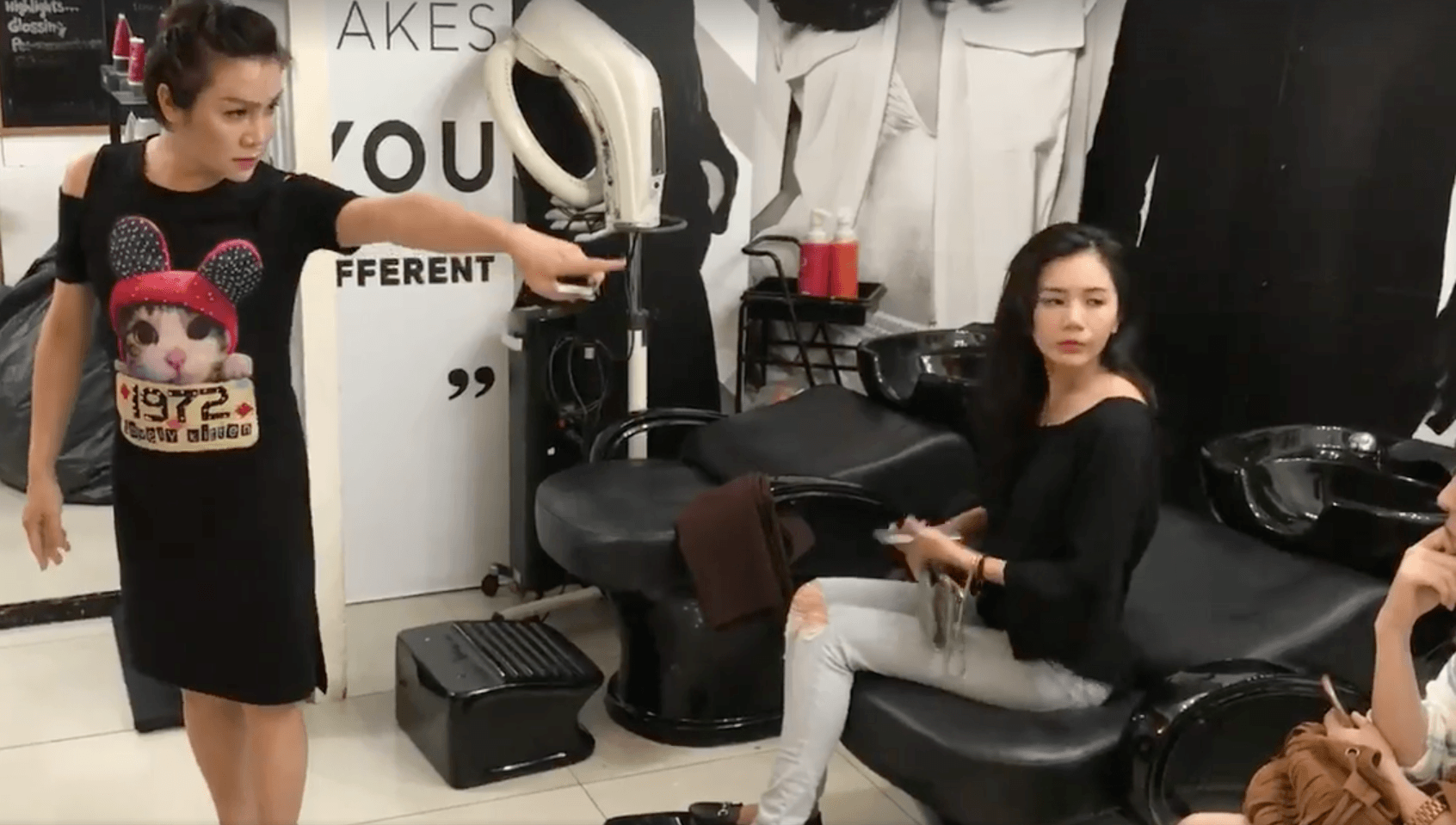 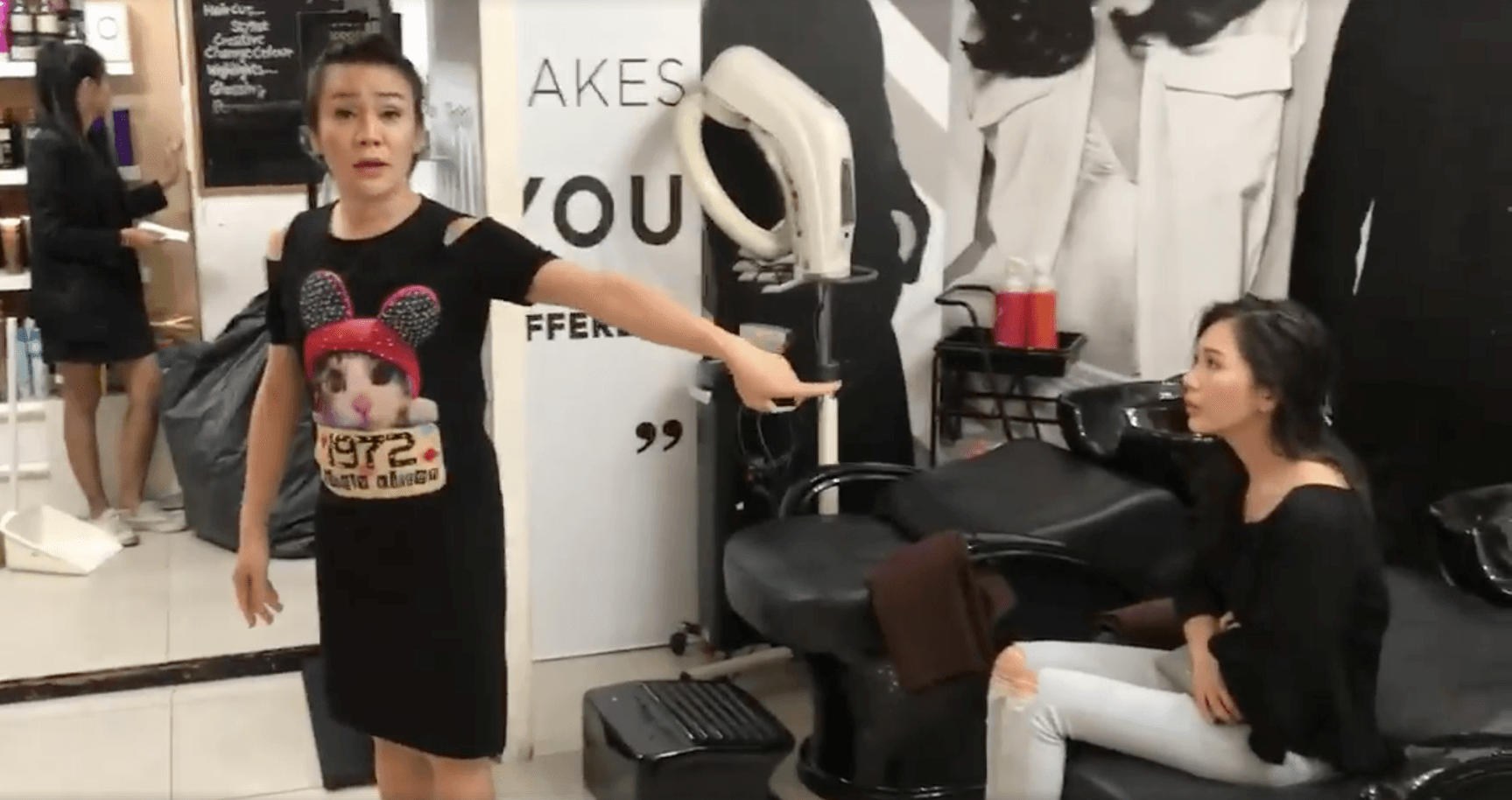 Also, the air conditioning wasn’t working, and the stylists washed their hair with cold water. 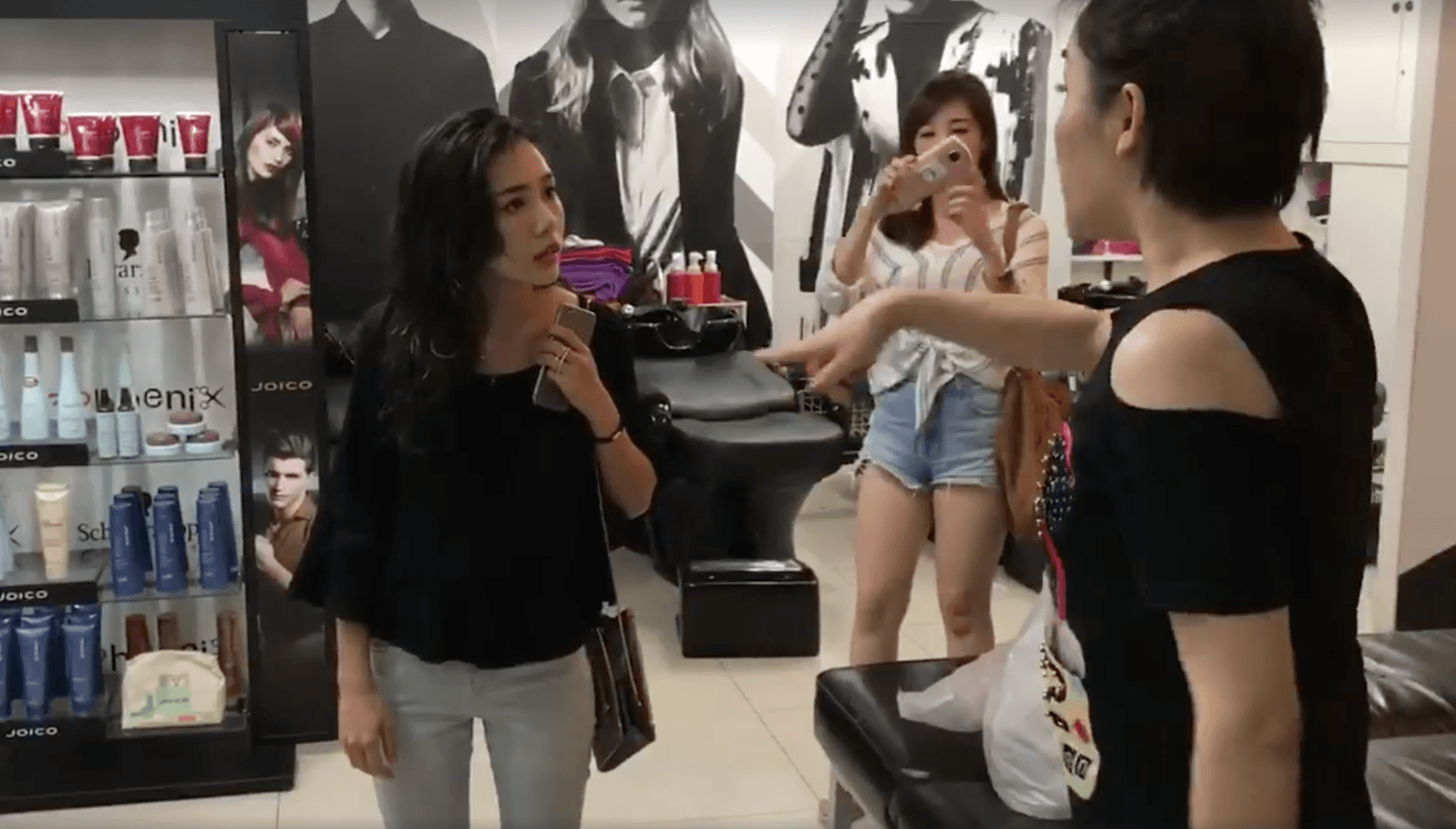 According to a salon staff member, however, Vivi’s friend asked the staff to stop washing her hair with cold water… 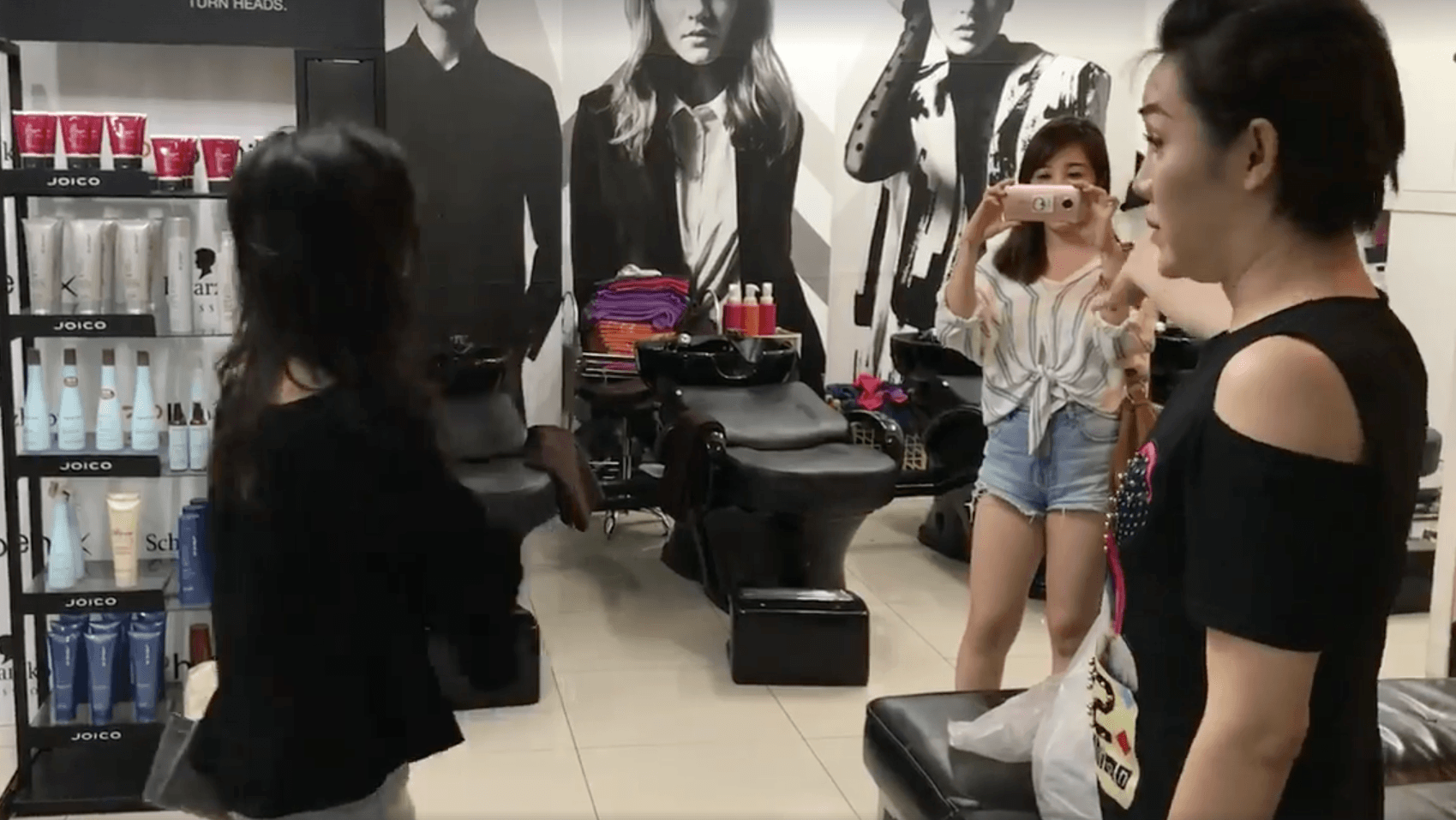 …yet Vivi didn’t, so only Vivi had to pay 350 TBH, but the salon tried giving her a discount of 250 TBH anyway. 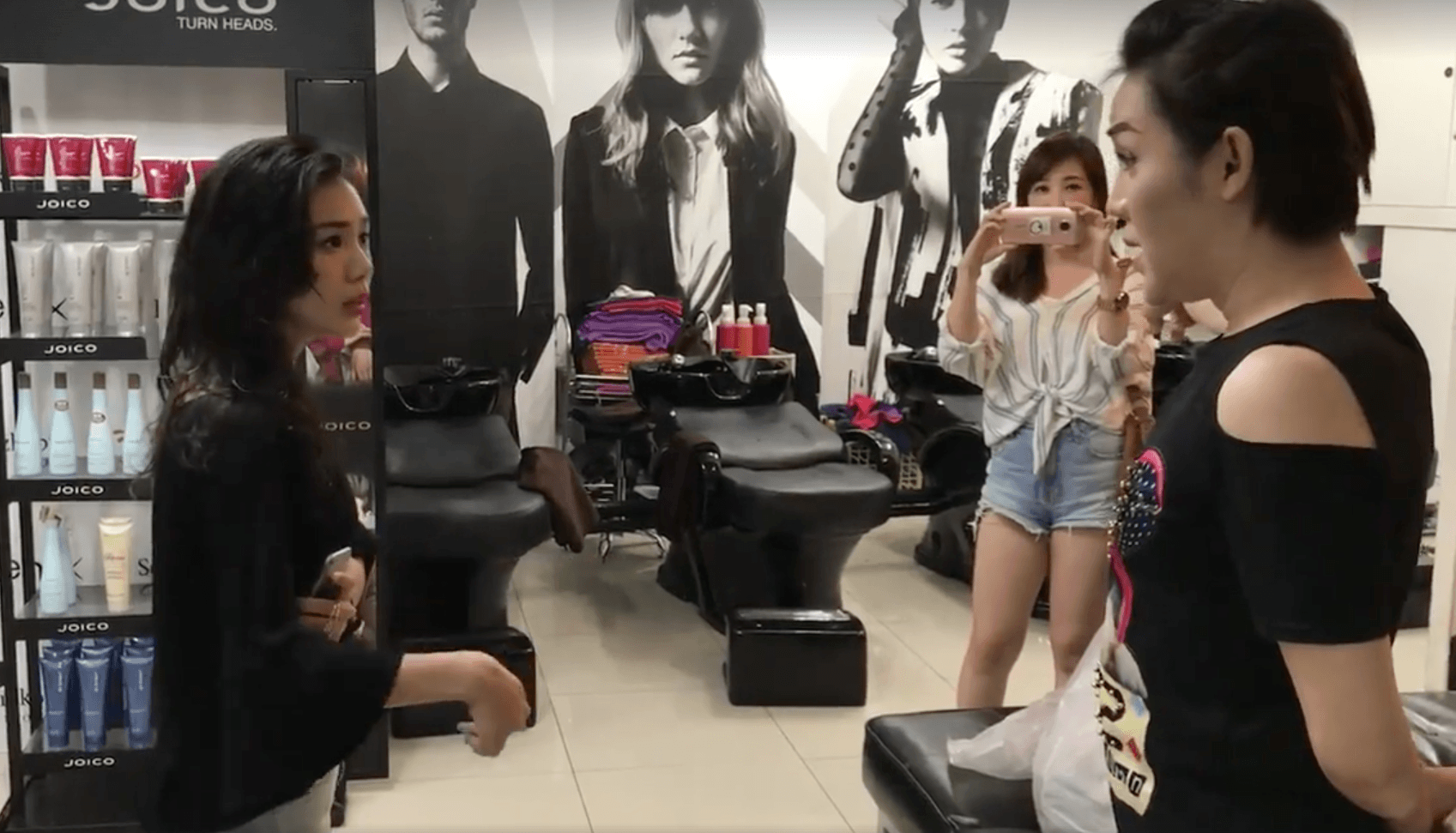 After Vivi still refused to pay, the owner of the salon, Jax Phoenix, decided to lock them out and turn off all the lights.

“Alright, so let’s lock them out and turn off all the lights, if they would not leave. Get out, all of you!.. We did everything for them. We gave them a discount. If they won’t leave, they can stay here. It’s raining and Bangkok is flooding. I’m gonna go. See you tomorrow, bitches.” 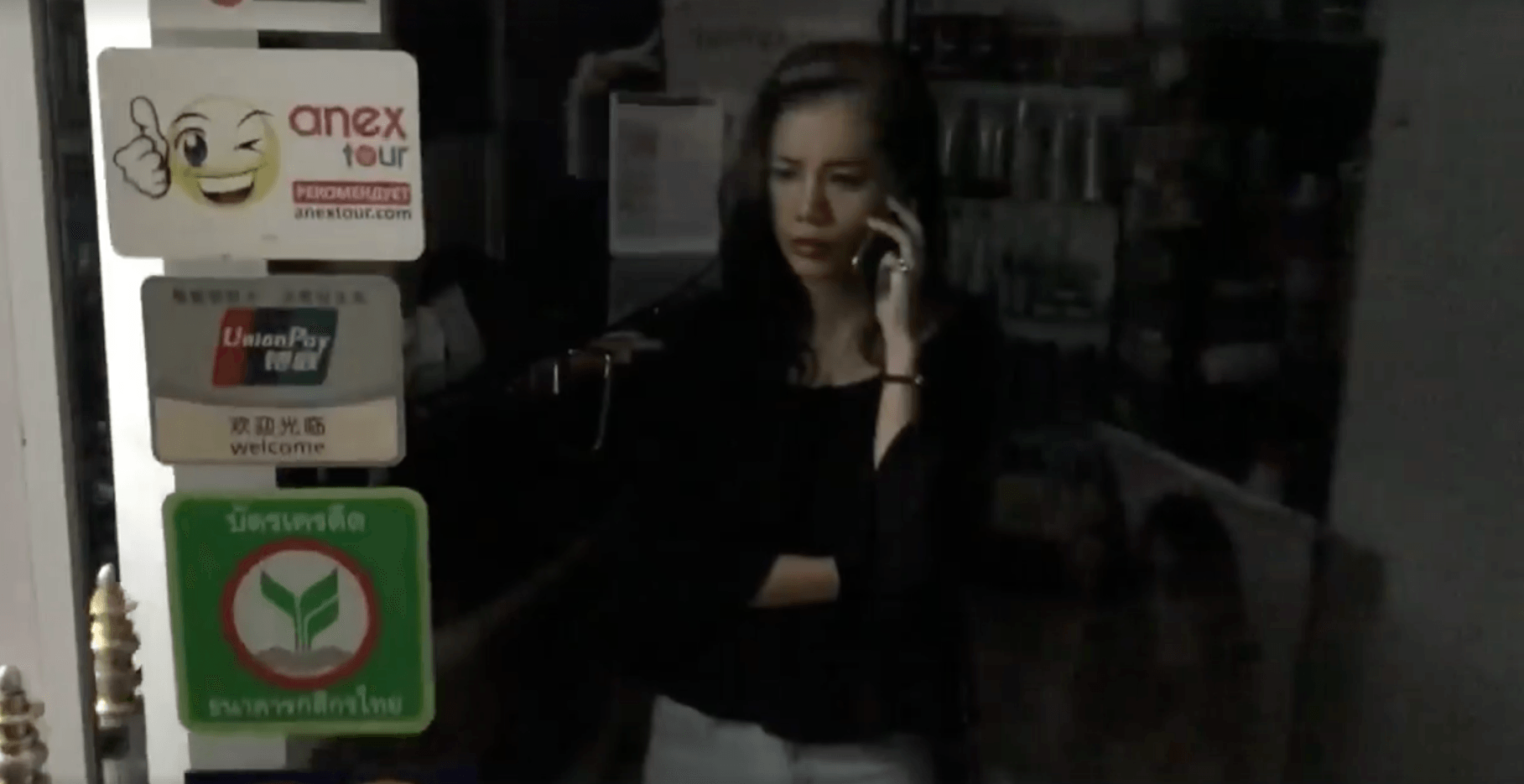 The video uploaded by Jax soon became viral, reaching over 9 million views in a matter of days. 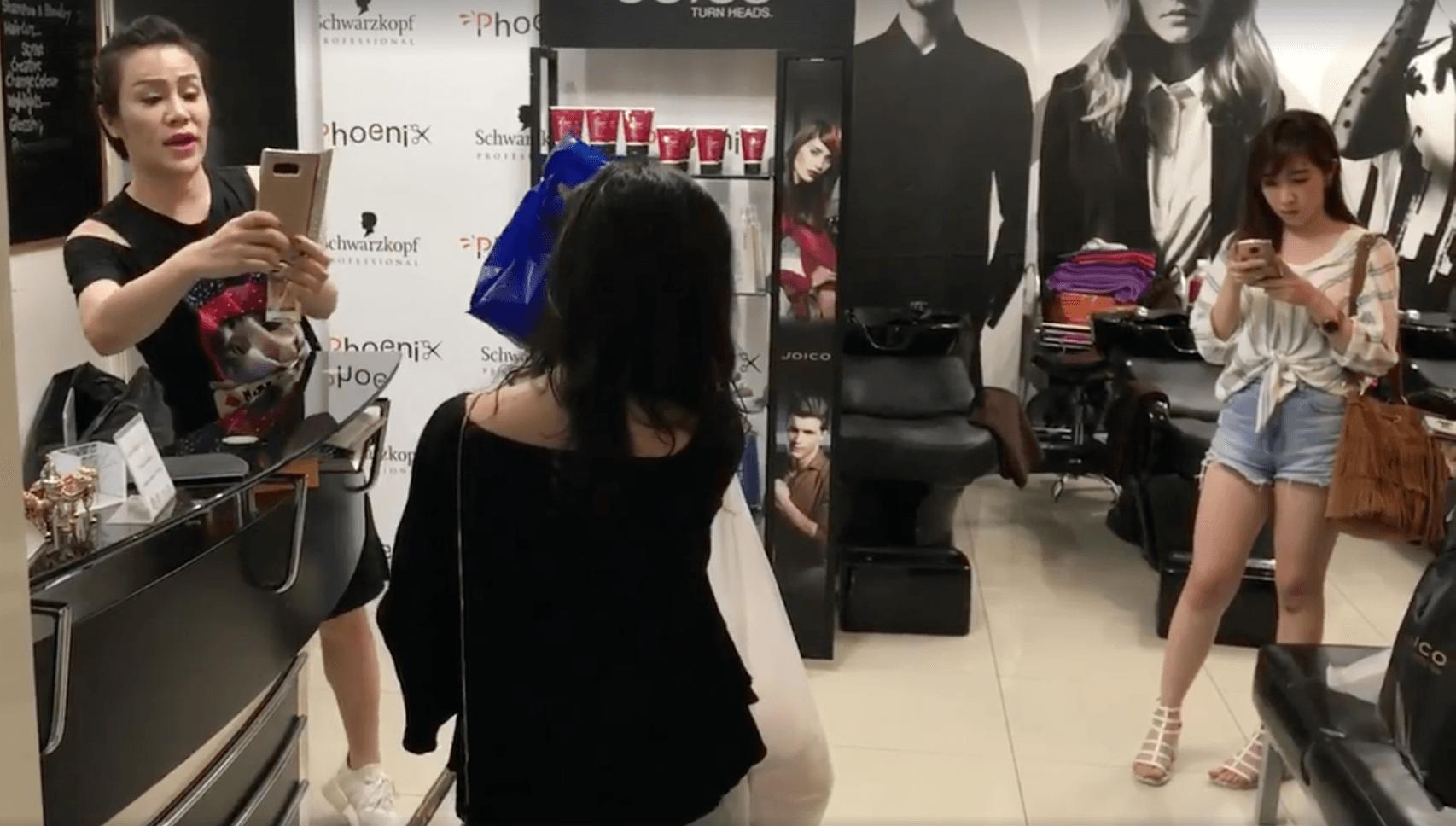 The next day, Vivi and her friend visited the salon again with the media to apologize to the owner… 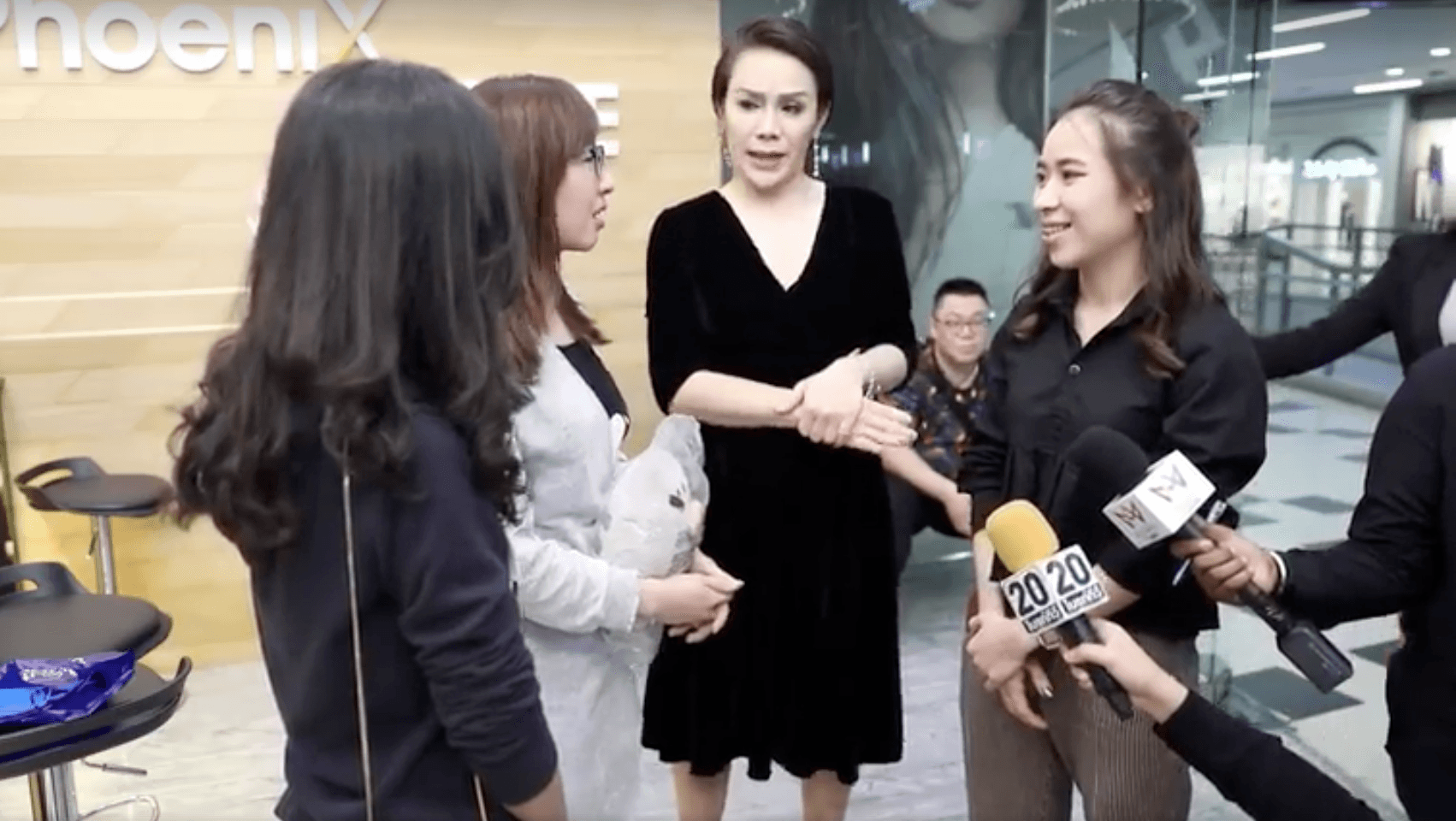 …as Taiwanese netizens criticized her for losing her temper as a guest in another country. 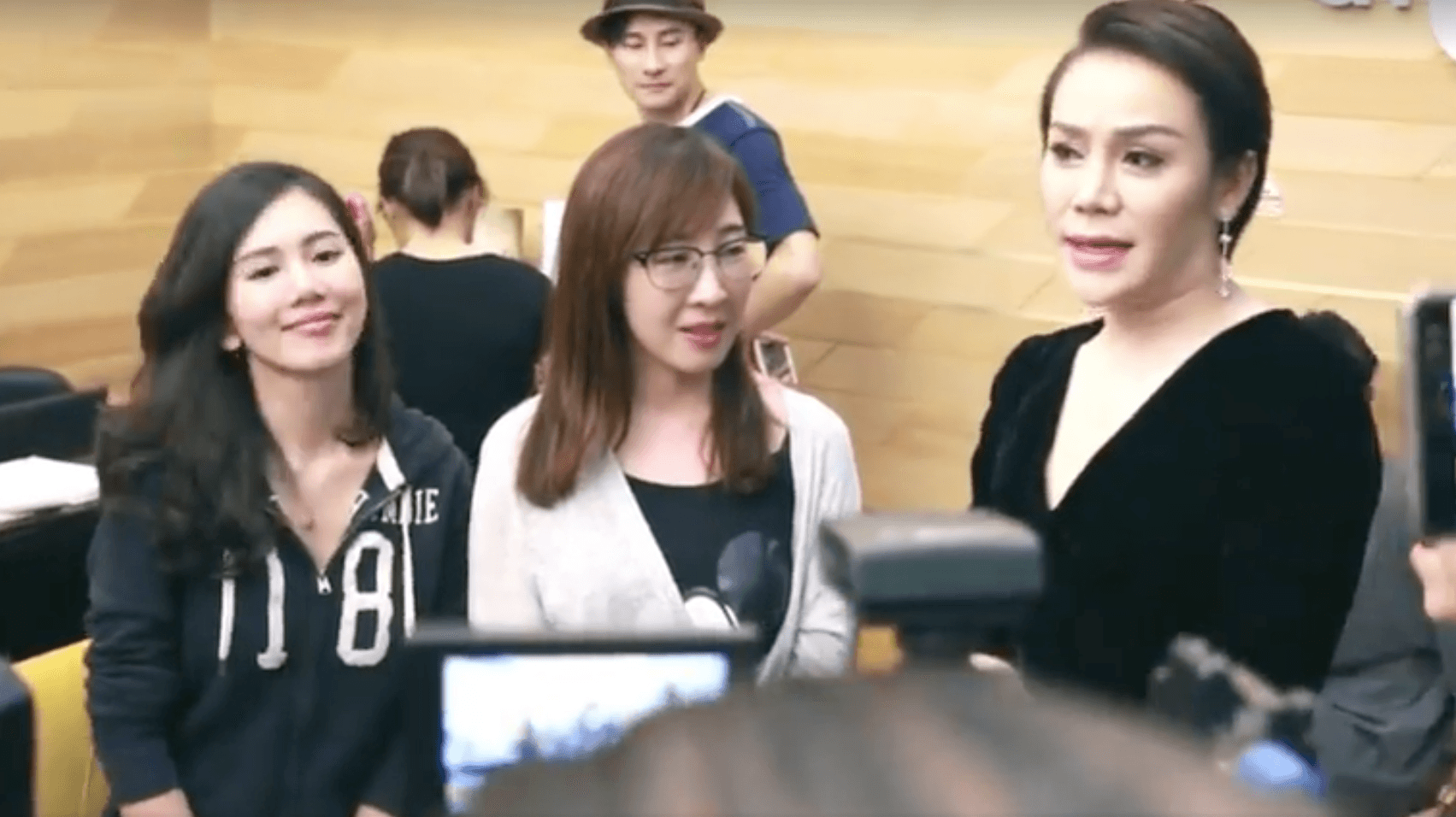 She gifted Jax a stuffed animal with an apology, to which Jax also apologized and promised to improve service.

Watch the dispute at the salon below:

Watch the apology below: