I (Cha Yoonji) has been gaining much attention for her debut song, “I Wish,” and her biggest fans are none other than her older brother, Baro, and the rest of B1A4.

The new female solo artist, I, has been training under WM Entertainment for 6 years and was finally able to debut this month. In several interviews, B1A4’s Baro has mentioned that he wanted to become a supportive brother to her as much as he could.

Knowing how tough the music industry can be, Baro felt responsible to look after his little sister and wanted to promote her as much as possible. However, he revealed during a radio show that his sister is actually quite independent and hopes that her future success would be due to her own talents rather than because of her brother.

Regardless, Baro continued to support I in every way possible and even took the time to go to the set of her music video! 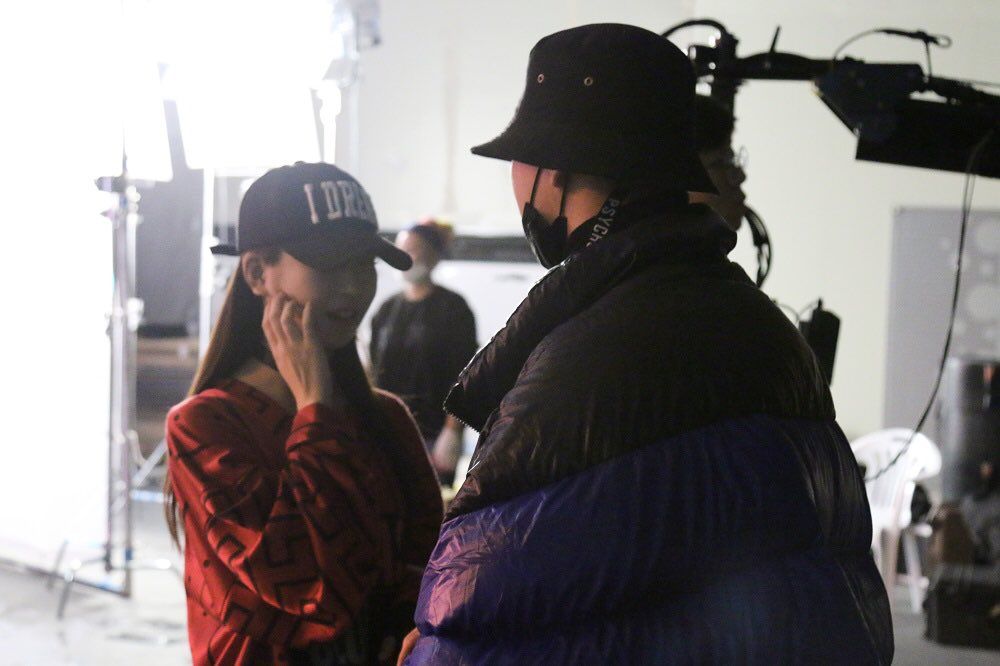 But Baro is not the only one showering I with love and support. After her song “I Wish” was officially released, the B1A4 members went on their Instagram accounts to spread the news of her big debut!

Baro: “My lovely sister #I has finally released her debut solo album!! Please give it lots of love!! #YoonjiLetsMakeAFlowerRoad #I Wish”

CNU: “Our Yoonjin is all grown up now. I’ve seen you since you were a little kid, when did you get so big? You’ve become a lovely child. #I #I Wish Don’t cry Baro.”

Gongchan: “Baro’s sister’s album is out ^^ Please give it lots and lots of love! I – I Wish (Feat. Tiger JK) #I #SingerI #DancerI #DreamerI #IWish”

Dispatch also recently released a dance practice for I’s,“I Wish” featuring her loving dorky brother, Baro! Hopefully they will have a collaboration stage one day!

Also, make sure to check out her debut music video if you haven’t already!