Airing on March 5th, the cast were given an IQ problem/puzzle in which the situation was given in a mixed order and the test taker must put them in correct order by using the visual clues.

As this mission was given to the regular cast, which includes Jun Hyun Mo, Ha Suk Jin, Kim Ji Suk, Lee Jang Woo, Tyler, and Rap Monster, a clip (Y Star‘s Curiosity) was shown to them revealing that Epik High’s Tablo had solved the very same puzzle four years ago in just 11-seconds! Solving this problem in 20-seconds or less supposedly indicates you to have an IQ of around 170. Though this is not a shocking news to longtime fans of Tablo, who is already known to have a high IQ. 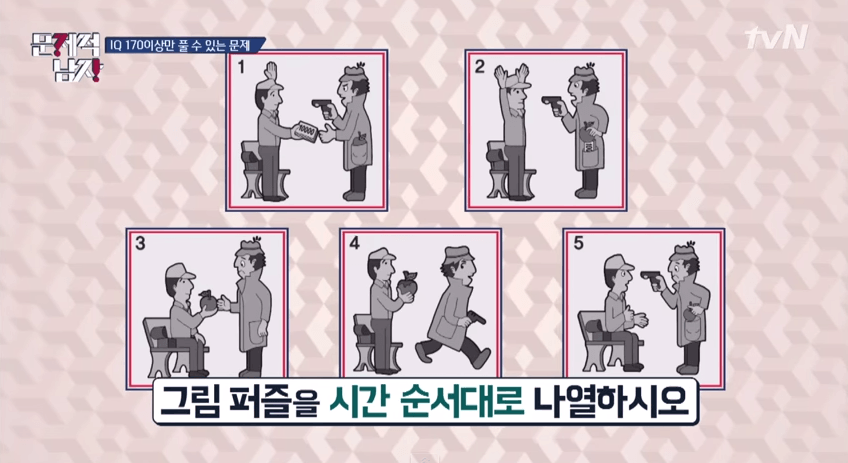