After their performance on the October 24th episode of KBS Music Bank, twins Choa and Way of Strawberry Milk held a fan meeting, where the duo set up a dinner to thank the fans for their ongoing support.

The Crayon Pop sub-unit performed the title track “OK” on KBS Music Bank to promote their first mini-album, which they released on October 15th. Although the fan meeting was scheduled, fans were surprised when they discovered that they not only be meeting the twins, but would also be sharing a meal with them.

Choa and Way announced to their fans that they were very grateful to their fans who cheer them on whenever they performed on music shows, and that the meal was their way of trying to reciprocate the love and attention they have been receiving. 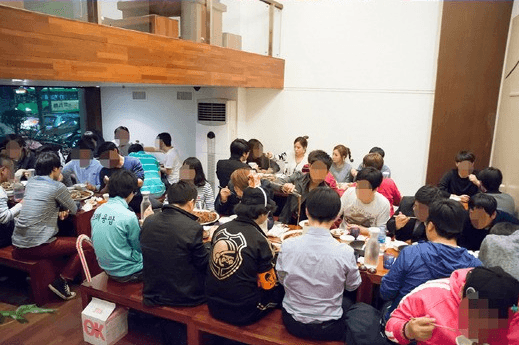 Strawberry Milk has been quite successful so far, with the music video for “OK” reaching over 1 million views in less than a week after its release. The twins have also extended promotions for their album and plan on performing on the October 26th episode of SBS Inkigayo as well.

In related news, Strawberry Milk is holding a worldwide dance cover contest for their song “OK”.