Recently, top girl group SISTAR made their comeback with their third mini-album and title track, “Shake It.”

However, amidst their comeback success, SISTAR has been hit with plagiarism accusations regarding a song on their latest album. On June 23rd, a post on the Korean site Pann claimed that one of their recent songs was too similar to a previous hit song. The track, “Bad Guy,” off of their third mini-album has been accused of plagiarizing JYJ member XIA Junsu’s hit song “Flower.” 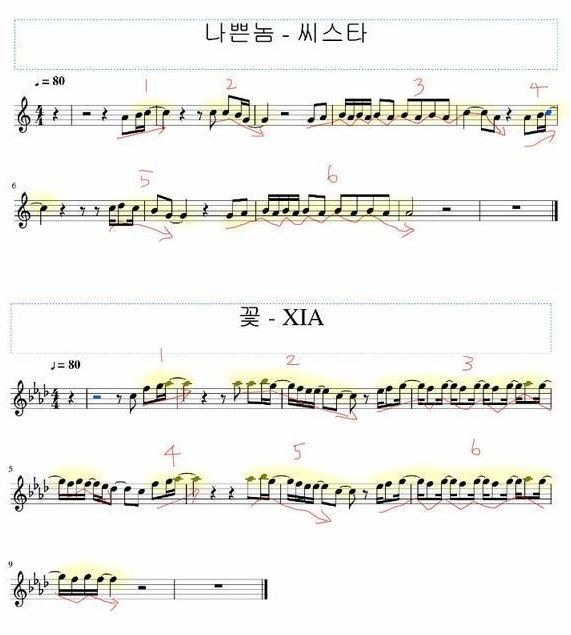 Check out the comparison below:

[+ 234, – 12] They just changed the last notes and everything else is exactly the same……..I’m not his fan but I listened to this song a lot ㅋㅋㅋㅋㅋ what were they thinking so obviously plagiarizing a song that did well ??

[+ 91, – 3] He was held back for 6 years and he finally  used this song to appear on a music show. It upsets me that it was copied in such a way. When it comes to music Junsu is so passionate and careful…and he was plagiarized….I feel so sorry for Junsu.

We’re Finally Getting A Physical Album Of BTS J-Hope’s “Jack In The Box,” But It’s Old-School