TWICE has ranked number 1 for 4 months in a row, and their upcoming comeback means their reign at the top will not be stopped.

Big Data analysis has shown that TWICE is at the top of the girl groups right now, with BLACKPINK and Red Velvet taking second and third. The data analyzed measured areas such as media and consumer interest as well as online traffic between January 9 and February 10.

Here are the groups who made the top 20: 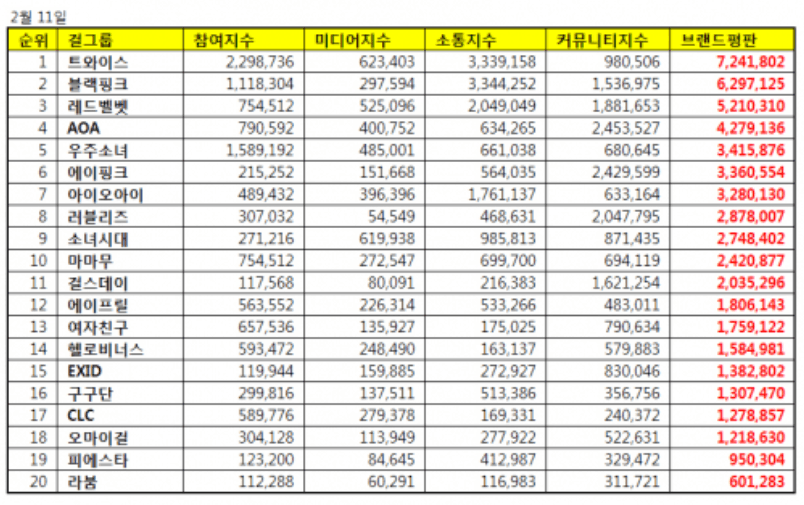 “The results of the analysis for February’s Brand Reputation shows TWICE as first place. They have been number 1 for 4 straight months now, dating back to November 2016. Red Velvet’s ranking surged thanks to their 4th mini-album “Rookie” but TWICE and BLACKPINK were able to hold their spots still. Red Velvet also won 1st place on a music show, so their brand ranking is expected to rise in the future.”

TWICE is set to release their new album TWICEcoaster: Lane 2 on February 20.