Lee Kwang Soo‘s friendly and loyal personality has earned him friends from all genres of entertainment.

As a mission in SBS‘s Running Man, Lee Kwang Soo was required to get an autograph from top actors Cho In Sung and Song Joong Ki.

First, he called Cho In Sung to ask him to help with his mission, but instead of offering to give him one, Cho In Sung stated that he doesn’t give autographs. 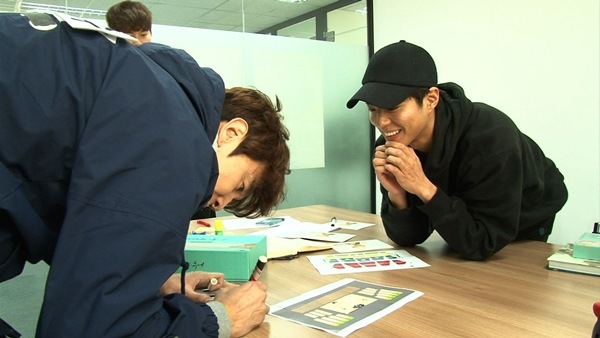 There, the two had a short but friendly conversation that showed they were quite close and that they looked out for each other.

This episode of Running Man will be aired on March 12. In the meantime, Lee Kwang Soo has always held true to his title as “Prince of Asia” by making many famous friends, including Red Velvet! Maybe he should attempt to get their autographs, after all, their respect for him is obvious!

Red Velvet couldn’t help but giggle over Lee Kwang Soo back in 2015.