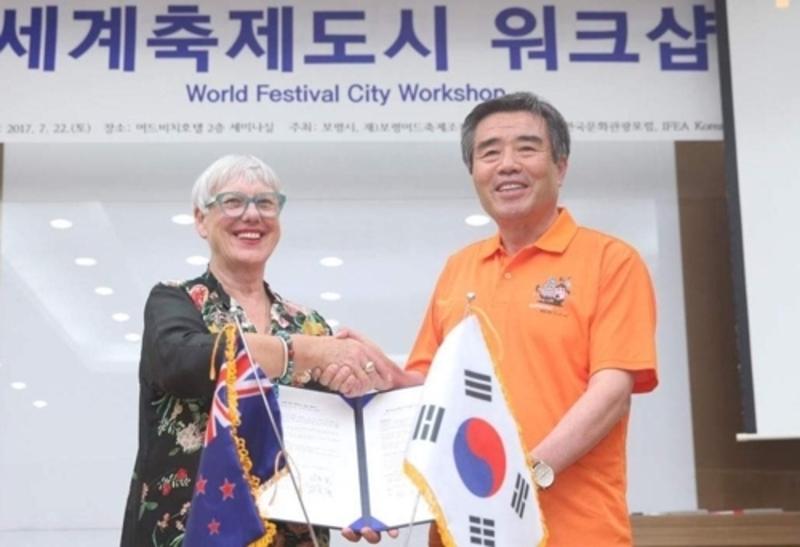 After participating in a World Festival Cities workshop, she made a deal to export $67,000 worth of mud from Boryeong to New Zealand.

This was part of her idea to bring this summer festival to New Zealand and planning for it has already taken place.

The mud festival itself was started in 1998 in an attempt to promote the health benefits of their mineral-rich mud.

Since then it has become an extremely popular festival for both locals and tourists alike.