Is it an aurora? Are they UFO’s? Strange silver lights have appeared in Busan’s night sky, and people are very confused.

On January 28, several columns of light appeared in the sky above Busan beach, and people have turned to social media to receive answers and promote discussion as to what they may be.

The lights could be seen most clearly hovering above Busan’s Haeundae District, and according to one netizen, “the light columns hovered in the sky for around 30 minutes,” and that they had “asked the local government if there were any fireworks or night events going on, but there weren’t any occurring that night,” thus fueling netizens’ curiosity as to what they might be. 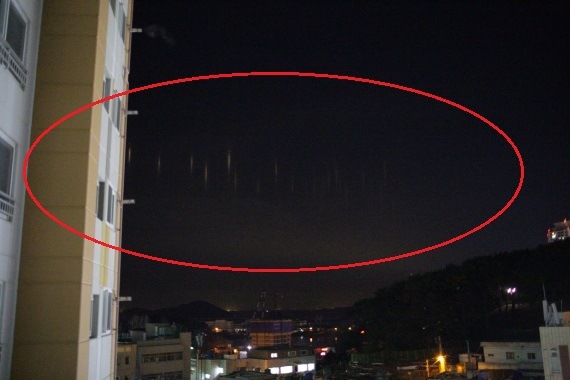 With guesses ranging from the lights being an aurora to UFO lights, the National Weather Service finally explained that boat lights being reflected off the bottom of the clouds were responsible for the appearance of these light columns. 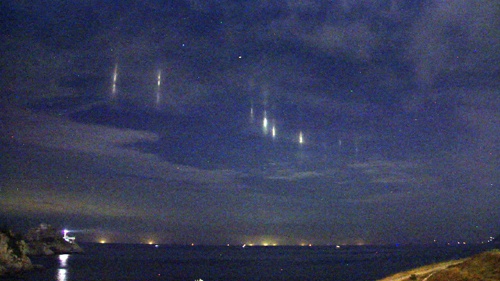 They added that the light columns appeared in a structural pattern, thus ruling out the possibility of them naturally occurring, and that there were indeed boats with running lights directly under the light columns.

As for their disappearance after 30 minutes, an employee from National Weather Service explained,

“The appearance and disappearance of these column lights correspond with the time the clouds took to move.”

This is not the only instance where column lights like these have been spotted in Korea. in October 2013, column lights very similar to these were spotted in the port of Pohang, as well as in Shimonoseki, Japan, and were both explained to appear with the same reason.

BLACKPINK Lisa’s Mom No Longer Manages Her Money—These Are Its Pros And Cons, According To Lisa

SHINee’s Onew, Key, And Minho Give Fans An Update On Taemin’s Life In The Military