Investigators were shocked to find what the Sewol ferry looked like after it was lifted from the waters 3 years after it had capsized and sunk.

On March 26, the Sewol ferry was excavated from the deep waters to reveal its heavily rusted and scratched surface. As the salvaging began, many Koreans watched emotionally from afar, as the ferry that caused over 300 deaths, mostly high school students, was slowly lifted out of the sea.

However, the ferry looked very different as to what many initially thought it would look like. As the ferry surfaced from the deep waters, onlookers noticed that the ferry itself was very much intact, besides several minor parts that had fallen off due to strong currents and corrosion.

The general consensus as to what had happened on the morning of April 16, 2014 was that the Sewol ferry had either collided with a submarine or ocean rocks underneath it, meaning that there should have been severe damage or signs of a collision across the bottom of the ferry, yet there were none. 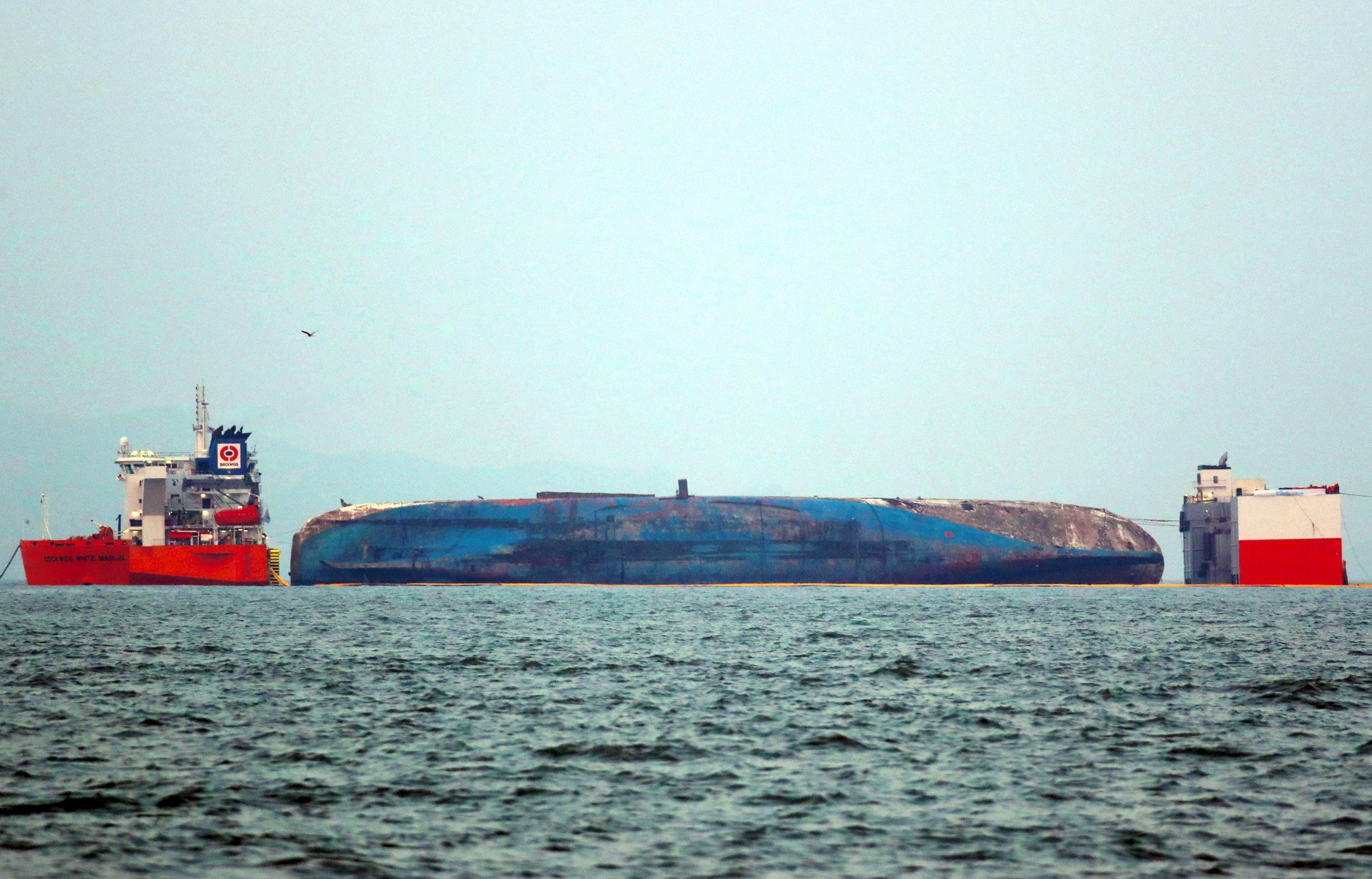 Upon a closer inspection, the investigation squad concluded that the ferry’s hull had weakened over time, and in combination with the steersman’s inadequate steering plus an overloaded cargo area had caused the ferry to lean to one side and ultimately capsize.

The priority task at hand is to first find the remains of 9 persons whose bodies had still not yet been discovered. In order to do that, the ship must be positioned vertically, and a part of the cabin section must be removed for workers to enter the ship. However, other victims’ families have argued that the ship must not be damaged before the true cause of the ferry’s capsizing is confirmed.

The Sewol ferry will first be drained for 2-4 days before being sent to a new port in Mokpo, Jeolla Province, to be inspected in further detail and find the true cause of the accident.