f(x)‘s latest comeback and leading track”4 Walls” is a hit as the track swept several online music charts at the top.

The girl group released their first album together as a quartet on October 27th, releasing their 4th studio album 4 Walls as well as their title’s music video. “4 Walls” is described as a Deep House genre and EDM track, which many have praised f(x) as one of the very few idol girl groups who can pull off such a song so well.

Their upcoming comeback stages are much look forward to as it has been over a year and three months since their last proper album promotions, Red Light, which were unfortunately cut short.

With 11 hours since the release of their music video, it has already reached over 780,000 views on YouTube. You can watch the music video below if you haven’t caught it already! 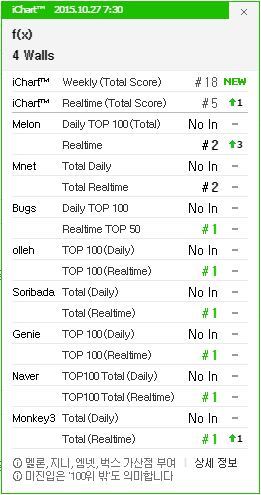 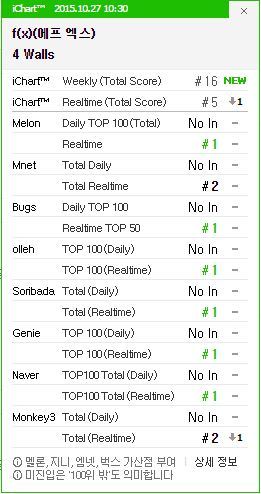