Girls’ Generation‘s Taeyeon recently picked up a music show trophy on the latest Inkigayo where MC and BTOB member Sungjae has been getting praised for his “manner hands.”

Aired on October 18th, Taeyeon won her fourth music show trophy this week for her title track “I,” winning against iKON and Im Chang Jung.

In celebration of her win, confetti was discharged and rained over everyone on stage. During Taeyeon’s speech, viewers spotted Sungjae’s “manner hands” as he attempted to shield her from the confetti as she spoke.

In image captures posted by a netizen on Pann, it is difficult to see Taeyeon as she says her thanks with even a confetti getting stuck in her mouth as she spoke. When Sungjae notices and shields her from the confetti, Taeyeon can be more clearly seen. 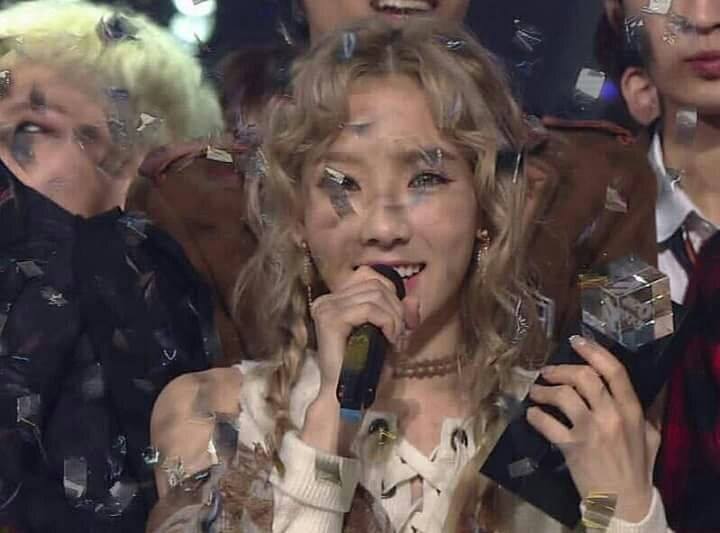 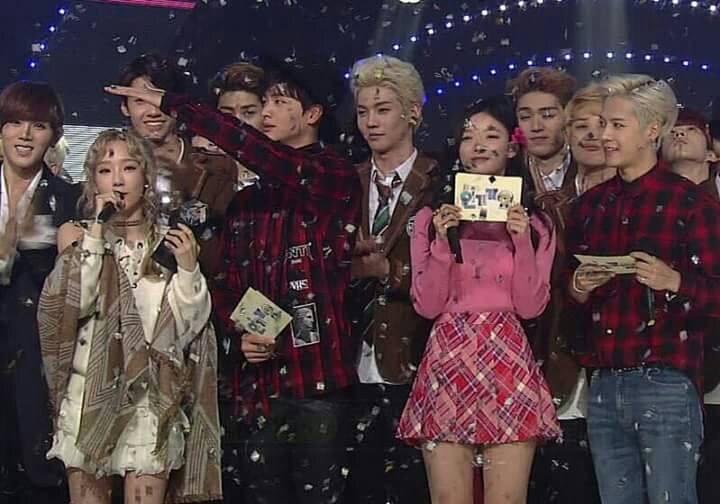 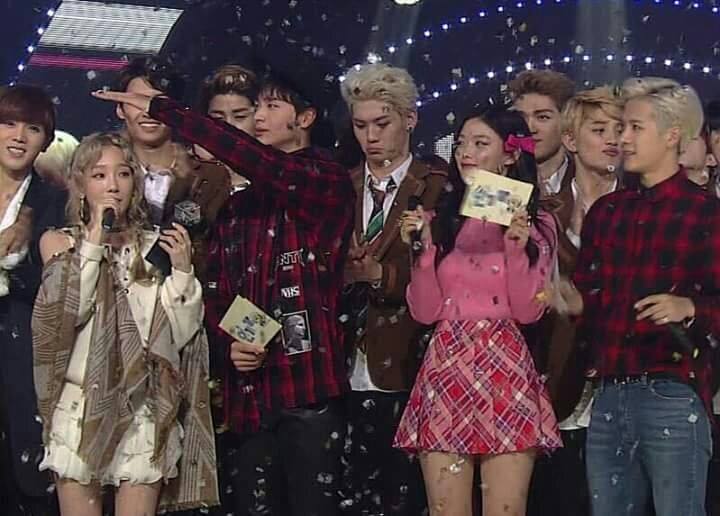 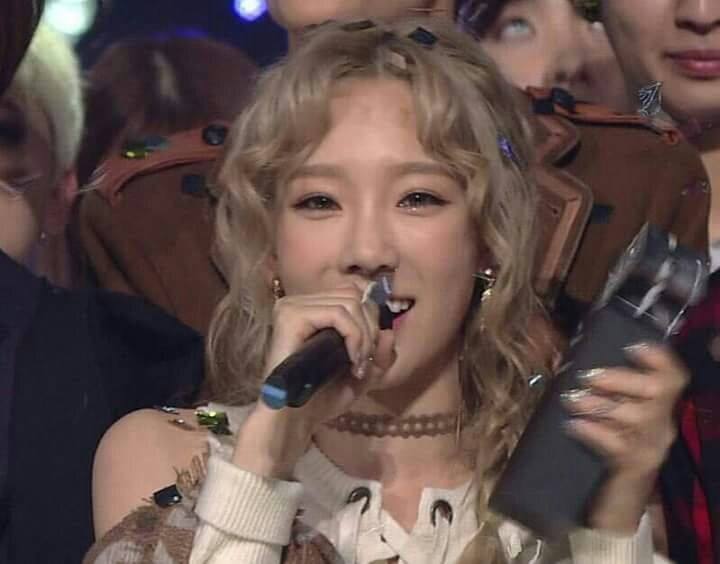 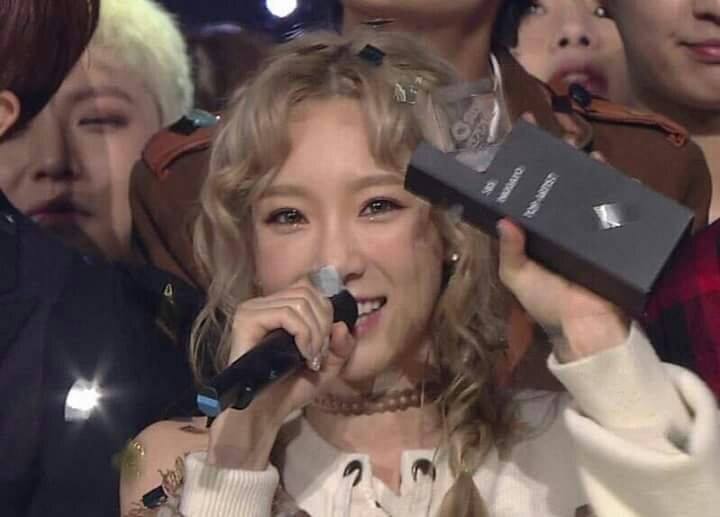 Currently, Taeyeon is promoting her solo debut track “I” while BTOB recently made a comeback with their own ballad song, “Way Back Home.” The group will be holding their first solo concert in Hong Kong on November 27th.

[+190,-29] I have a real good eye for people I chose to like and I judge them by their actions, and I chose correct, Sungjae-ya, BTOB must be successful, I don’t regret liking them at all, I’m sure they will become singers who will continue to show us new things from now on ♥