Following news of BIGBANG‘s impending comeback this April after a three year hiatus since the release of their last album as a group, an old mini-album was spotted rising at the top of the charts on Gaon.

With all of the album’s above listed having all been released in the past month, it is highly surprising to find BIGBANG’s 4th mini-album in 6th place for the week. Their 4th mini-album was originally released in February 2011 and features their hit title track “Tonight,” whose lyrics were written by G-Dragon and TOP.

Excitement for BIGBANG’s comeback is no doubt at an all time high as fans finally received a confirmation on the group’s return, and it was further reported that the members are hard at work, visiting the studio every day. 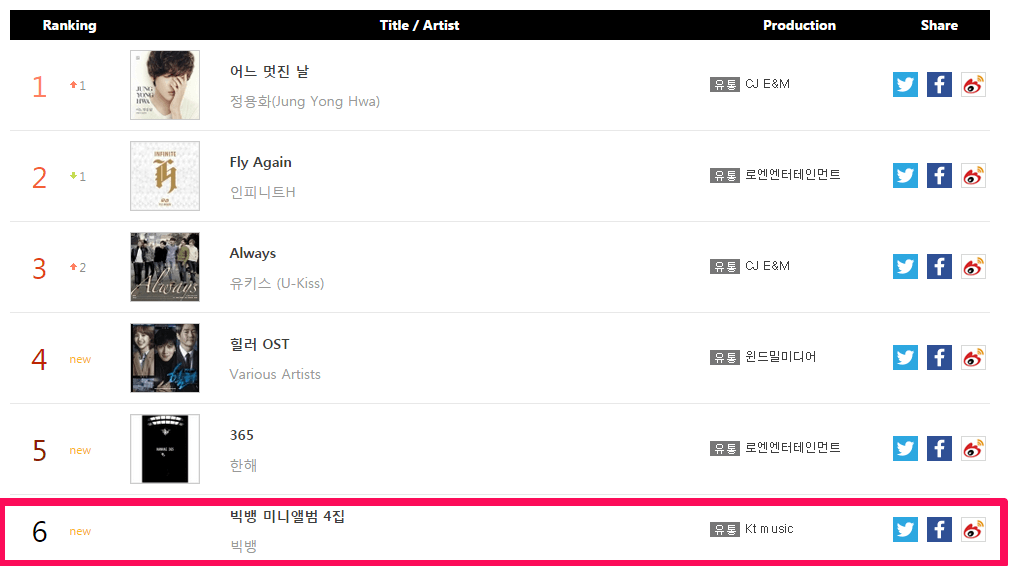