BIGBANG continues to rock the chart with their final MADE project album single E, achieving a double perfect all-kill for one of their leading tracks “Let’s Not Fall In Love.”

According to Instiz‘s iChart, “Let’s Not Fall In Love” took its first perfect all-kill on August 9th at 2:30pm KST and 11 hours later, achieved the same feat once again on August 10th at 1:30am KST.

After not performing their last project single D last month, BIGBANG returned to the stage on Inkigayo via SBS and performed their group track “Let’s Not Fall In Love” with GD&TOP making a comeback as a unit for the first time in five years with their comeback song “Zutter.” 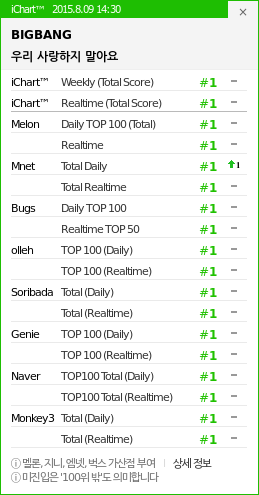 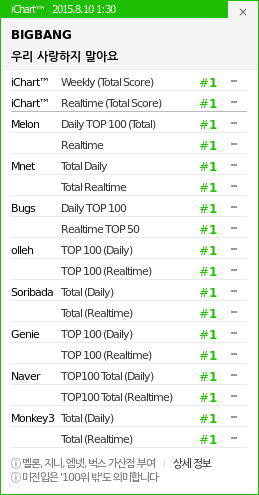