BIGBANG returns in December with a new album and fans are excited since they know that BIGBANG’s winter comebacks are by far the greatest.

YG Entertainment has released a poster on their official blog teasing BIGBANG’s upcoming album slated for release in December. The poster seems somewhat cold and lonely because of the barren, black and white landscape.

Recently, Yang Hyun Suk released a shot of the group riding bicycles in a market alley with the hashtags #BIGBANG, #NEWALBUM, #COMINGSOON.

BIGBANG’s album release is planned to go beyond this one comeback. It’s seen to be a hot release that will shake up the music industry until the end of 2016.

MADE will be first the new album released by BIGBANG in over a year.  It will be the last album where all five members are together since T.O.P has confirmed that he will start his military service early next year.

Check out the teaser image below! 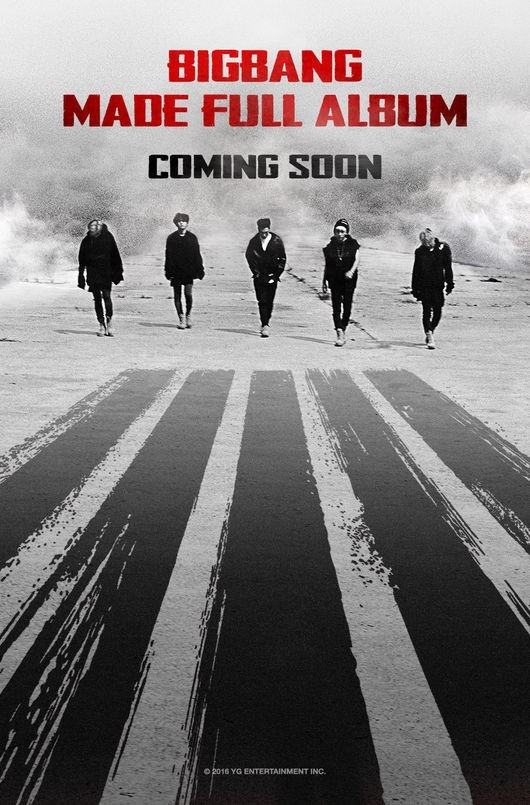