Many female idols nowadays are opting for a more sexier look in their styling, which has led to outfits becoming much more revealing and shorter.

For a petite idol, Taeyeon’s dress seems to be quite short on her body as it barely goes down past her upper thigh.

The design of the dress doesn’t help as it’s all scrunched up at the end, showing off even more of Taeyeon’s legs. 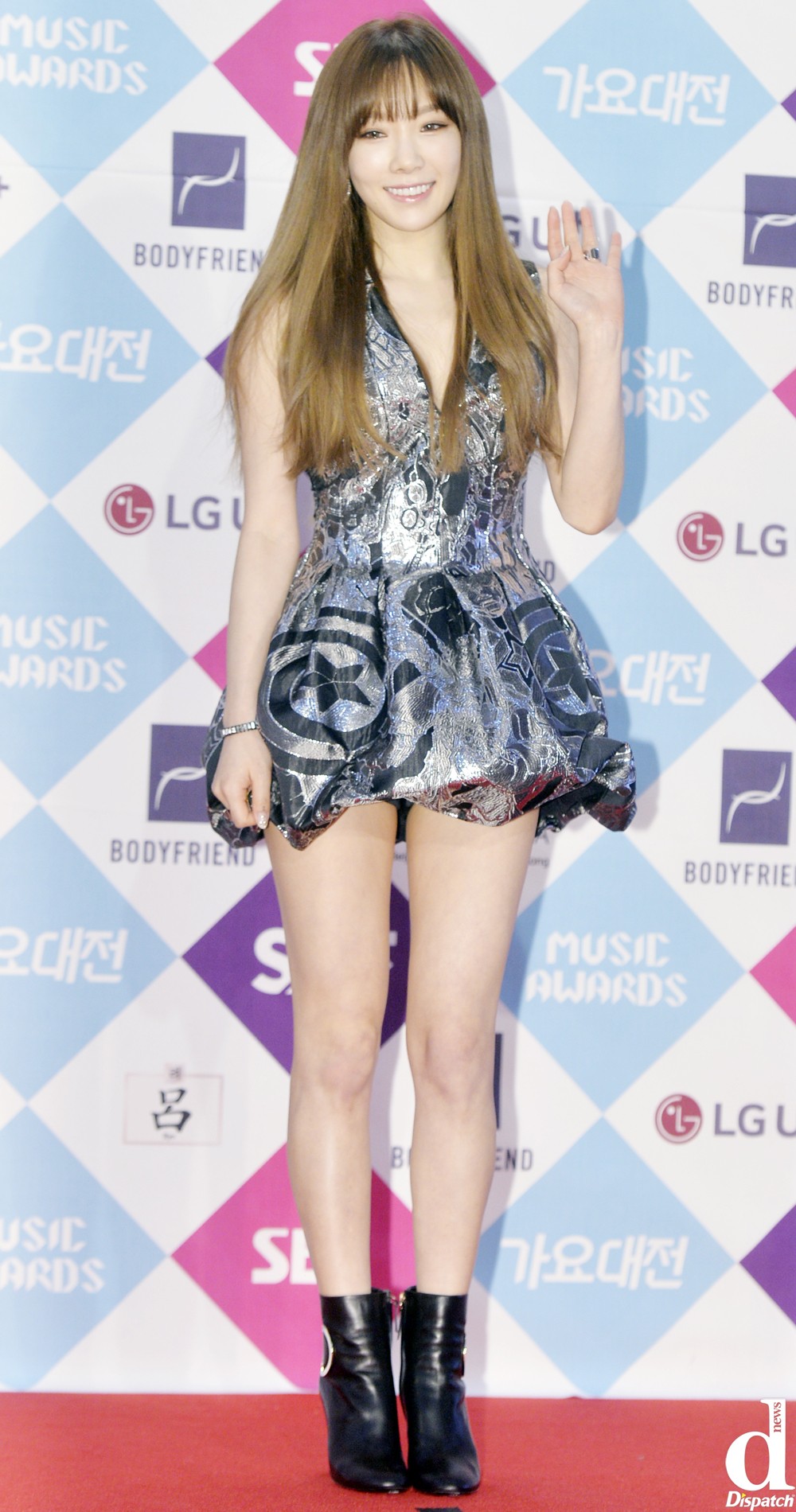 AOA‘s Seolhyun’s stage outfit for the group’s “Excuse Me” promotion is quite the revealing piece as it stops right at the top of her thighs, and even has a slit on the side that shows more skin. 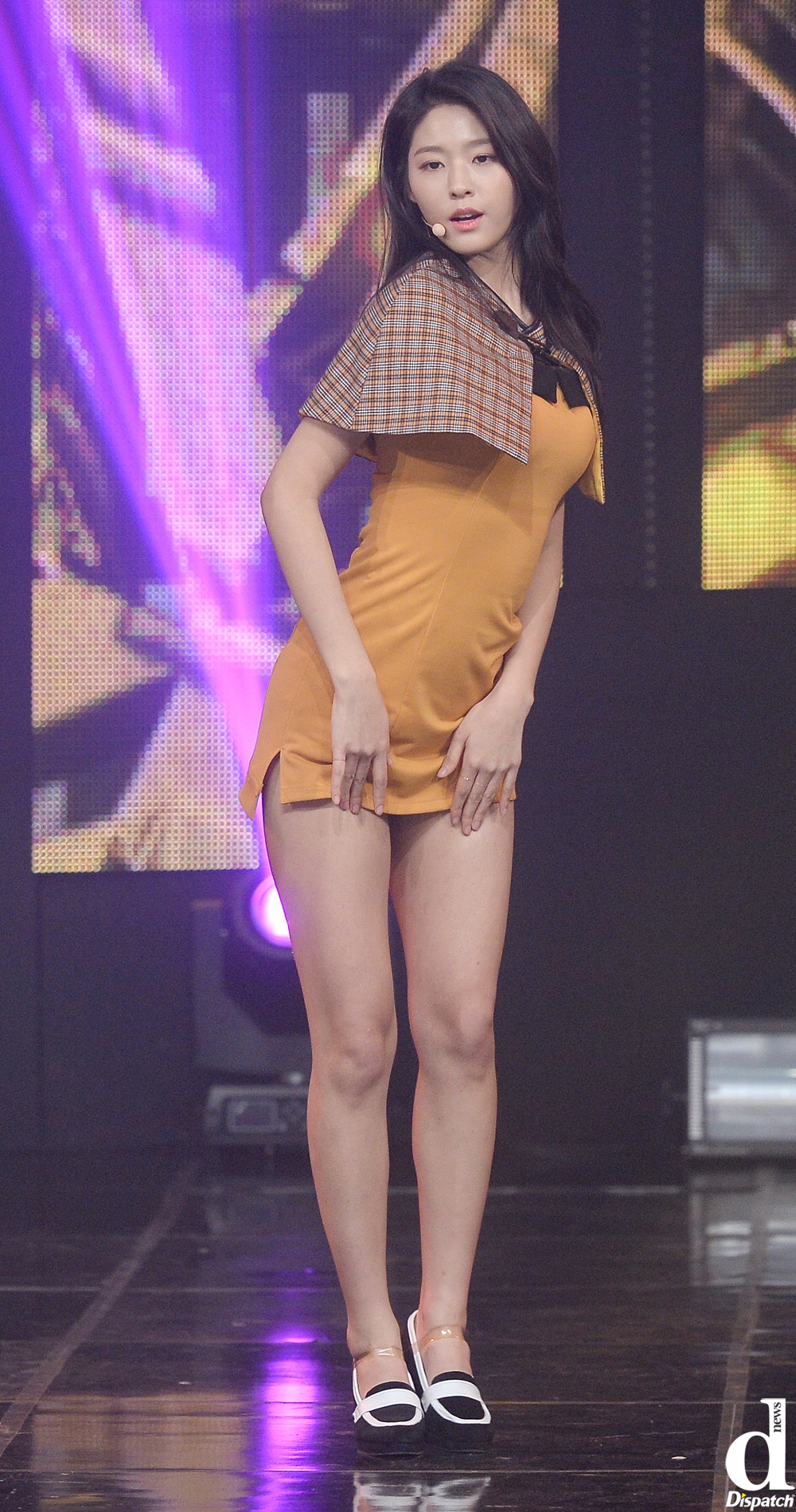 Red Velvet‘s Irene doesn’t appear to be a big fan of her little black dress as the idol can be seen holding onto her dress as she climbs up the stairs.

This situation is not uncommon for Irene as the idol has often been caught holding on to her skirt to prevent it from revealing too much during performances. 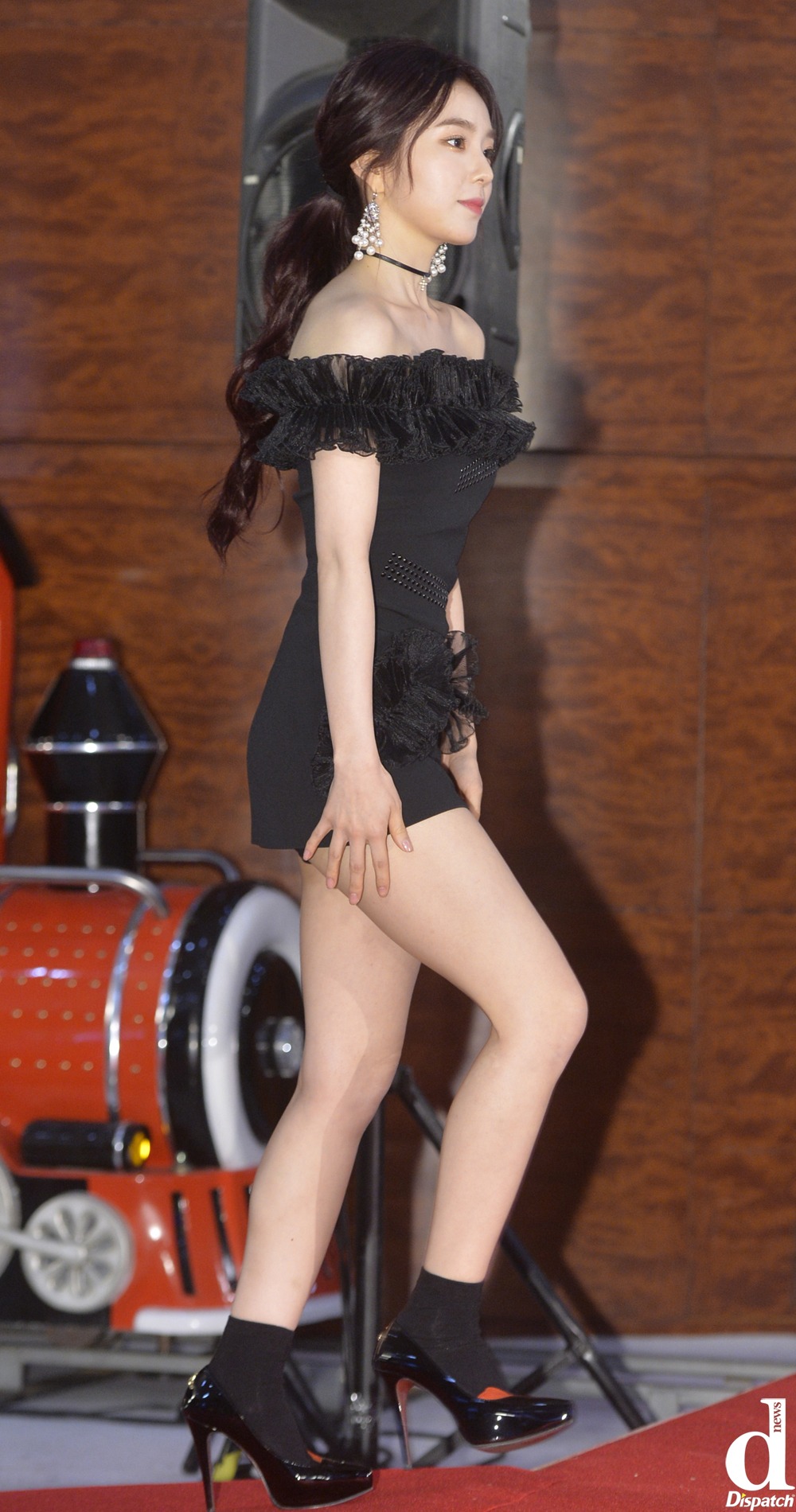 Much like the other outfits, TWICE‘s Sana‘s skirt seems to land right at her upper thighs.

Though it’s not super short and tight, Sana’s skirt gives off the illusion of being very short as it lifts up around the sides. 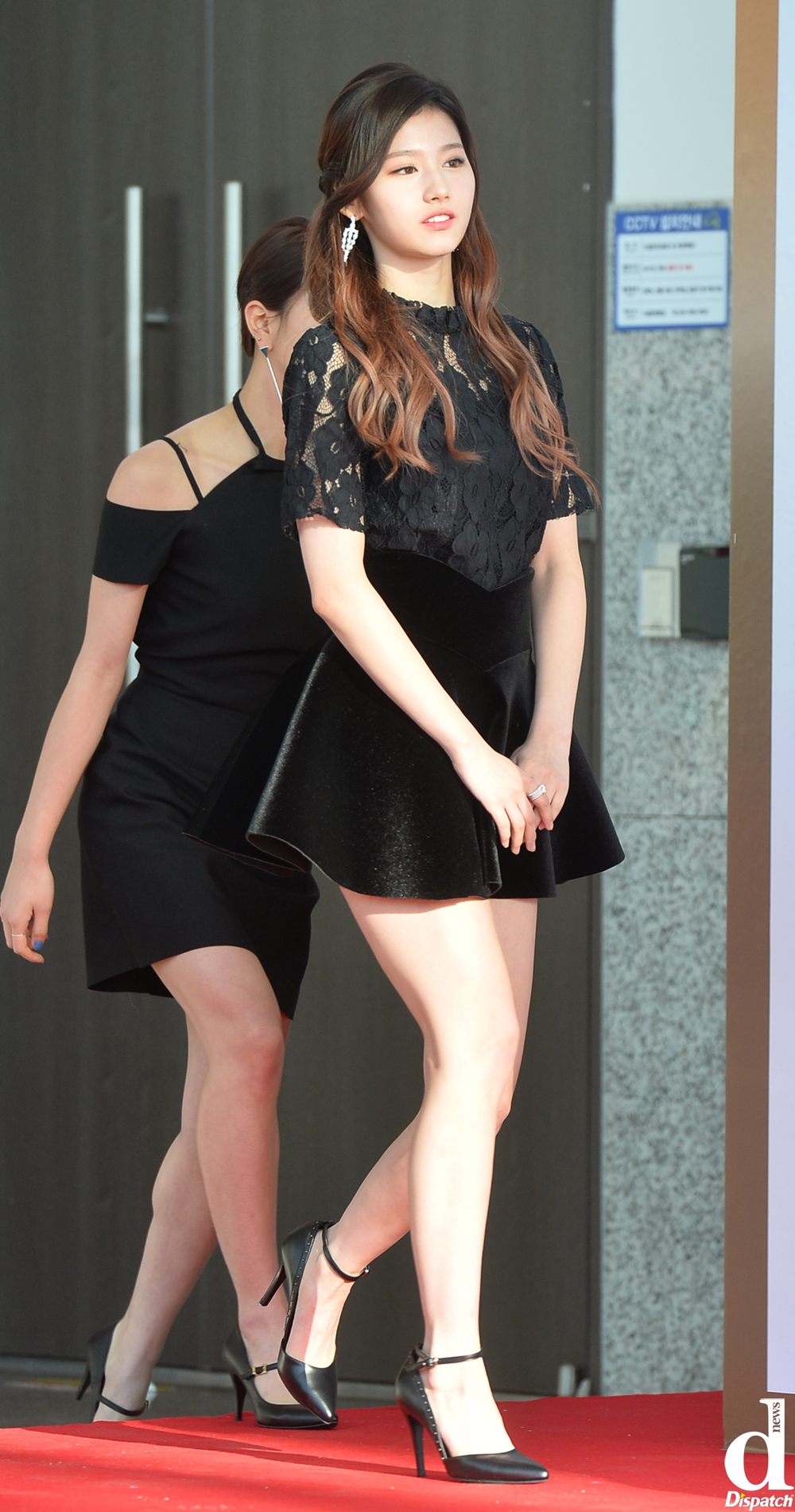 TWICE’s Momo confidently flaunts her body line in her very sexy black dress that shows off her long legs.

Though not too short, Momo’s dress still stops in the upper thigh area, showing off almost all of the idol’s legs. 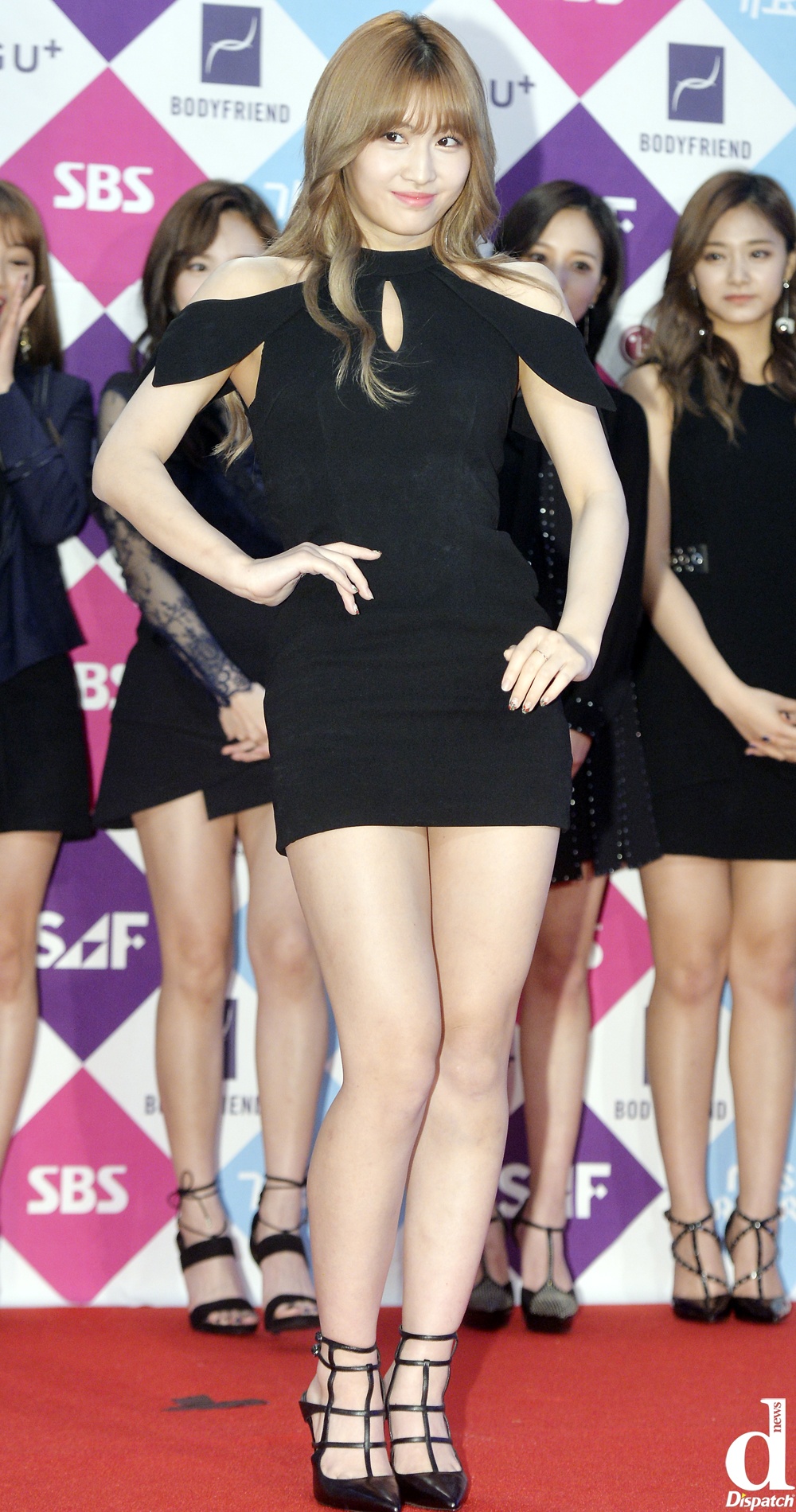 Despite being a rookie group, the girls of BLACKPINK have forgone the “sweet and cute” phase most girl groups go through..

They have gone straight for the more mature and sexy look with their clothing choice. 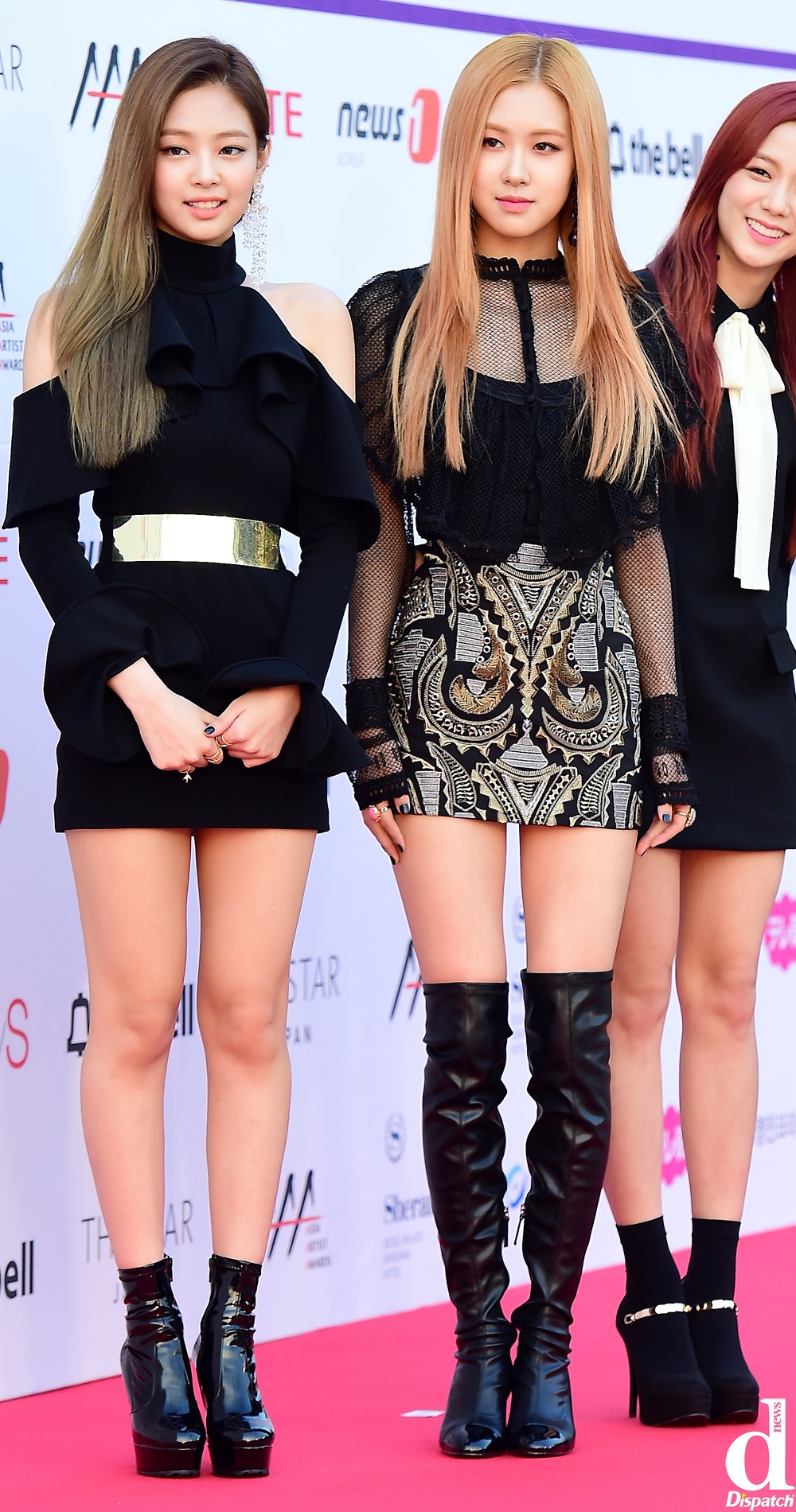 Oh My Girl’s YooA‘s outfit seems to be missing the bottom portion.

The idol’s pink dress literally ends at her hips and is followed by a pair of white safety shorts that aren’t meant to be seen but, given the length of the dress, it’s inevitable. 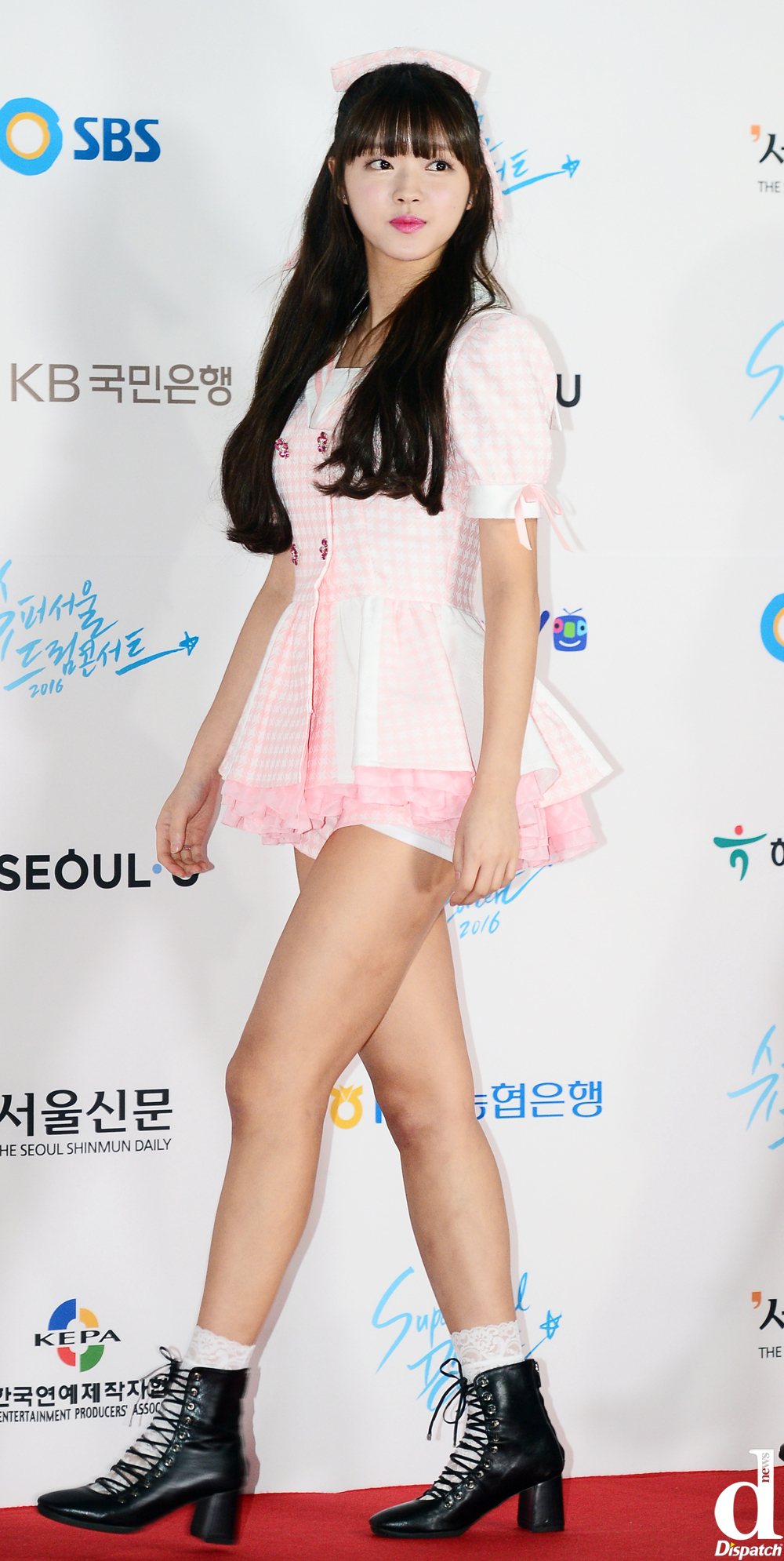