Yewon and Henry shared their first onscreen, on-the-lips kisses on the recent episode of We Got Married.

Aired on May 23rd on MBC, the virtual couple was taking a stroll in the gardens at night as Henry teased Yewon into physical contact during their date, pretending to trip and lovingly holding her as if to kiss her, but the two bursts into laughter instead.

Much to Yewon’s shock, Henry gives her a quick kiss on the lips. 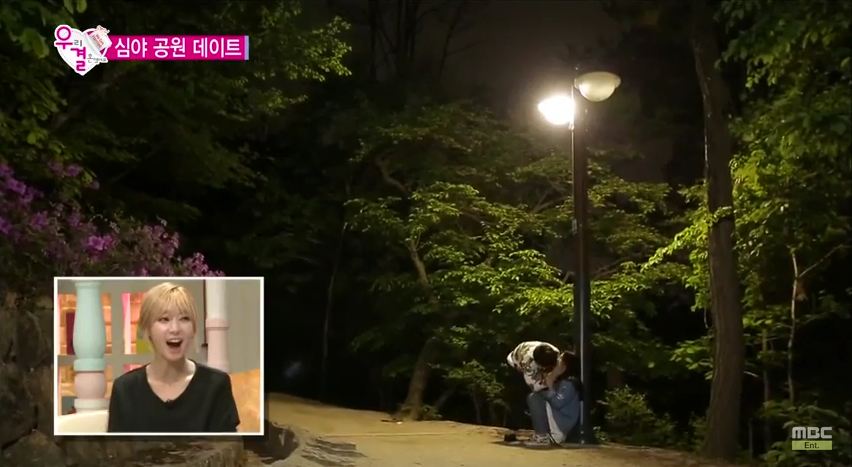 Henry later commented during the solo interview, “In a drama or a movie, a kiss is initiated when pushed against a wall. I attempted it, but Yewon has quick reactions.”

Just seconds later, Yewon asks Henry, “Do you like me? How much?” to which Henry goes “This much” as he attempts to spread his arms as wide as possible.

To Henry’s surprise, Yewon holds his face in between her hands and gives him a quick kiss to the lips before breaking away.

Watch the cute clip below: