After enlisting in the military on March 24th, fans are finally able to get a glimpse of how Super Junior’s Shindong is handling his new life in the military!

Several images of Shindong in the military were released on April 6th. In the pictures, it can be seen that Shindong appears to be enjoying his life in the military, as he poses with his fellow military friends while flashing a big smile.

Additionally, Shindong can be seen pulling on his jacket to make it look like he is not wearing any shorts in the photos – an indication that he is not forgetting his variety show skills just yet!

Shindong is expected to be discharged from the military on December 23rd, 2016. 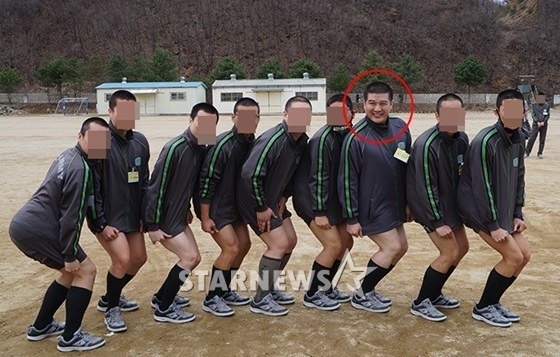