Group jacket photos of SONAMOO‘s upcoming mini-album release CUSHION has been unveiled, revealing the 180 transformation the girls have undergone for the summer.

Shared on July 13th after unveiling the individual photos of the group members, each of the two group jacket photos will used as the cover for the special and standard edition of the album.

While the vocal line of the group retained a normal color hair of dark brown to a dark blonde, the rapper line – D.ana and New Sun – are the ones who pop out the most due to their hot pink and violet hair color.

SONAMOO will be releasing their 2nd mini-album CUSHION this month with reservations for it having just opened today on the 13th.

Their comeback is highly anticipated as their title track is produced by producing team Duble Sidekick‘s EastWest and uNo. 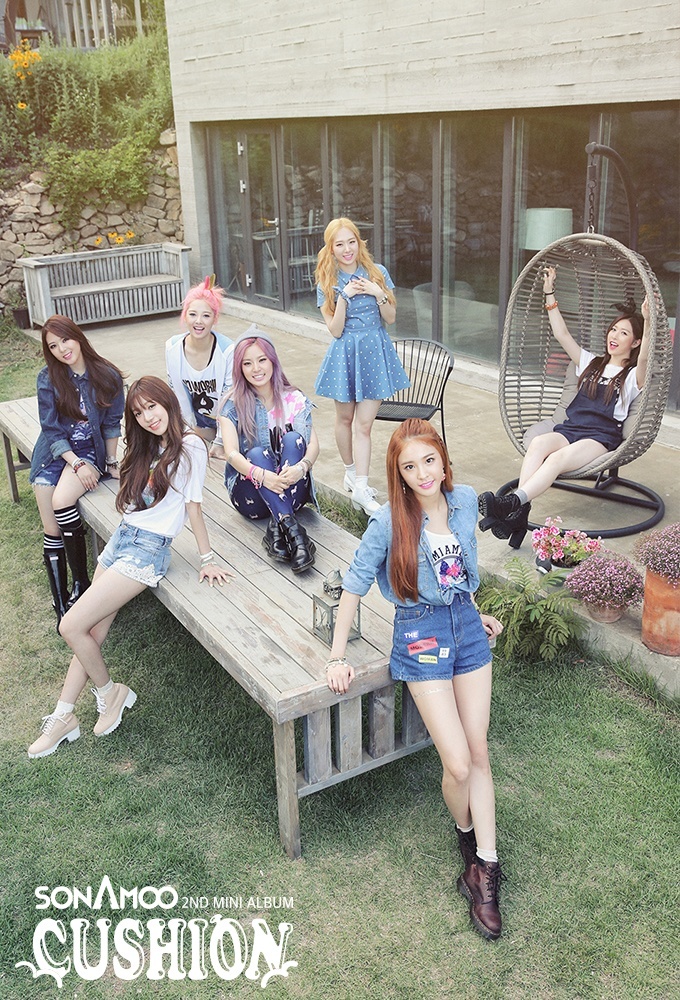