Netizens discuss whether the actions of the Infinite Challenge members were rude on the latest episode of “Music Festival 2015.”

On the recent episode of Infinite Challenge’s “Music Festival 2015,” guests such as J.Y.Park, IU, and BIGBANG appeared. The concept of the program was that the Infinite Challenge members choose guests as their producers in order to collaborate to create a song for the upcoming music festival. During this process, many viewers found it uncomfortable to watch as many members were allegedly doing rude actions towards guests.

Originally titled “When Did Infinite Challenge Music Festival Become Like This Hahaha,” here the direct translation of the post and comments below.

“I mean when did Infinite Challenge music festival change like this??

“Back then, it was the partnership of the members and producers respecting each other to make a song together for the music festival;; But now the Infinite Challenge members are the omegas and the producers are the alphas hahaha

“Do you think there will be quality in music if Yoon Sang does hip hop and IU makes EDM??

“IU is at least relieved but I really feel bad for Yoon Sang..

“Personally the best scene of the episode: When GD literally told Park Myung Soo not to put EDM to any music he runs into..” 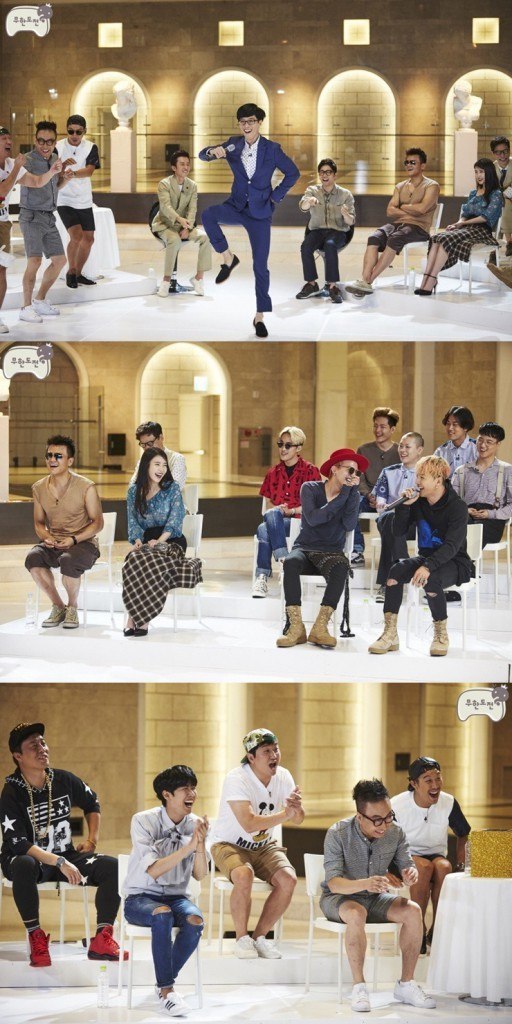 [+217, -19] IU literally said from the beginning when she was choosing a partner that she wants to do a slow song but Park Myung Soo chose her despite the fact that Zion.T and Yoon Sang clearly made it clear that they can make fast songs. Don’t they need to respect IU’s decision too? I know it’s a variety program but I found it uncomfortable to watch.

[+164, -15] Park Myung Soo really.. Didn’t he say okay because he knew it’ll be lyrical music hahahaha I like his change and dance but I don’t think EDM is alright.. I personally liked his first song ‘wind~’ hundred times more. I didn’t like it watching the episode. At least Jung Joon Ha showed passion a little bit in the episode..