Despite having initially gained a lot of praise for her rapping ability on the show, Wonder Girls‘s Yubin was recently criticized by netizens for her performance on Mnet‘s Unpretty Rapstar 2.

After losing a head-to-head diss battle against fellow idol SISTAR‘s Hyorin, the JYP Entertainment artist faced a lot of harsh criticism online. Netizens noted that she lacked a lot of skills necessary for being a good rapper, including breathe and being on beat.

The Pann post has gained a lot of attention, with many netizens leaving their thoughts on the subject. A translation of the post and all the photos can be found below: 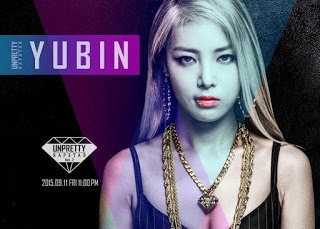 [+ 130, – 16] Even from the beginning I thought she was bad and couldn’t understand why people kept saying she was good. She has good stage presence..but her lyrics and rapping are so bad

Netizens React To Reports Of GOT7’s Jay B And YouTuber PURE.D Dating

GOT7’s JAY B And YouTuber PURE.D Are Reportedly In A Relationship

ENHYPEN Go Viral For Their Behavior Toward ENGENEs During Recent Fansign

This Powerful Scene In K-Drama “Extraordinary Attorney Woo” Has Netizens Reflecting On Themselves, And Their Own Prejudices