Because the song was originally a duet between herself and singer Zion.T, the LOEN Entertainment singer changed the lyrics in order to fit a solo song for her concert performance. However, IU changed the lyrics in a way that directly responded to her anti-fans, causing the very same people to respond with backlash.

The singer originally came under fire for accusations of sexualizing a young boy through the lyrics of her song “Zeze.” Despite responding to claims and explaining her lyrics, however, anti-fans have continued to criticize IU and have even accused the singer of using a lolita concept for her latest album CHAT-SHIRE. However, IU is continuing on with her promotions for CHAT-SHIRE, and is currently on her domestic tour. A translation of the revised lyrics of “Red Queen” can be found below: 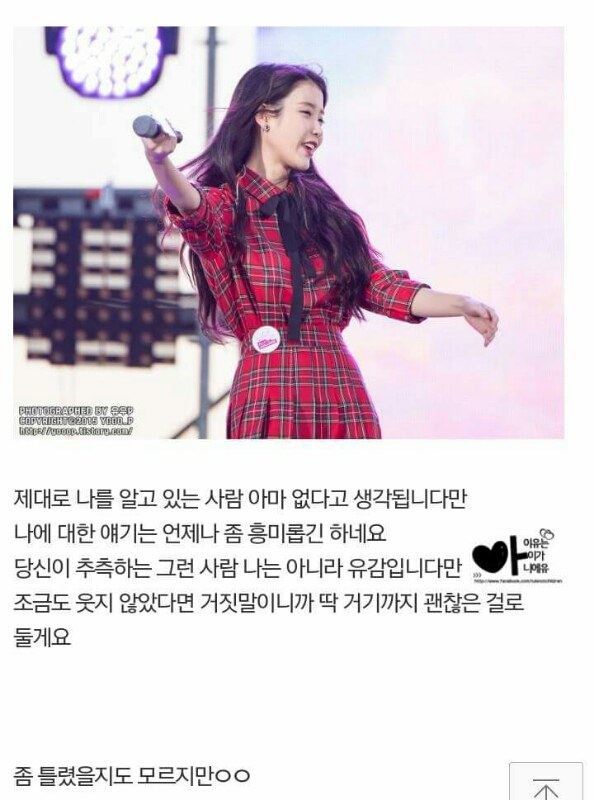 “I think no one knows me correctly, but the talks about me are always intriguing. It’s a pity that your predictions about me aren’t true, but it’d be a lie to say I didn’t laugh, so I’ll say it’s fine.”

[+ 798, – 64] She sang Zeze on this tour. That says enough doesn’t it? Let’s stop paying attention I feel like she’s going to do something huge again soon. And this time even her fans will leave her

[+ 649, – 117] ㅋㅋㅋㅋㅋㅋㅋㅋㅋㅋㅋㅋㅋ So funny ㅋㅋㅋㅋ she pays so much attention to antis. It’s so fun I can’t stop being her anti. Hey IU we should all meet up one of these days. So addictive

[+ 330, – 2] Why does she keep instigating things..I don’t get it…she may think she’s being witty and sly but to me she just looks really immature.