With the official release of iKON‘s first half of their debut album, netizens have taken notice of the group’s lyrics for their track “Rhythm Ta.”

Below is the direct translation by Koreaboo for the thread “iKON disses other idols.”

We don’t discriminate
We don’t care about no time and place
We don’t pose don’t pretend
A bad example, the current idols.
We’re just enjoying ourselves what reason do we need

If they had just said ‘I’m great’ and said something along the lines of I’m different from other idols they said the current idols are ‘Bad Examples’ angering other idol fandoms.

‘He basically dissed all idols..”

You guys like to be in front of a full body mirror rather than in the underground dungeon – Dissing idols who allegedly care more about their appearance than skills. Others think that he’s referring to idols who come from underground.

If skills were appearance I’m Wonbin infront of bullet proof glass– In Ahjussi Wonbin shoots through a bulletproof (BTS) glass.

During a stage with GD, there was a fan that had a sign that said “I like Bobby more than GD oppa” 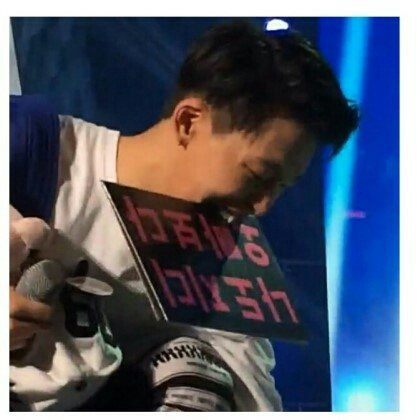 He’s also had lyrics where he told his sunbaes to not think of his hoobae and don’t act like they know him. Other idol fans are angry that he keeps saying these things even though he debuted as an idol himself.

[+503, -29] He’s so infuriatingㅋㅋㅋㅋㅋㅋ Why does he keep doing this making enemy’s he thinks he’s on Big Bang’s level;;