With iKON‘s first win on a public broadcast music show coming in just twelve days after the release of their first song, netizens reflected on different male groups and their experiences.

Many different male groups have taken home music show trophies from public broadcast shows, but the amount of time they spent since their debut to their first win has varied greatly from group to group. With YG Entertainment‘s newest male group iKON making such a strong debut with a win in just twelve days (and another following quickly after), netizens on Pann reminisced at the first wins and the duration between their respective debuts and wins to put things in perspective.

Although iKON’s twelve days doesn’t win them the award of fastest time (that honor goes to label mate Winner with just six days), it’s definitely impressive in its own right. Check out the chart below to see how long it took for your favorite male groups to win their first #1 on a music show! 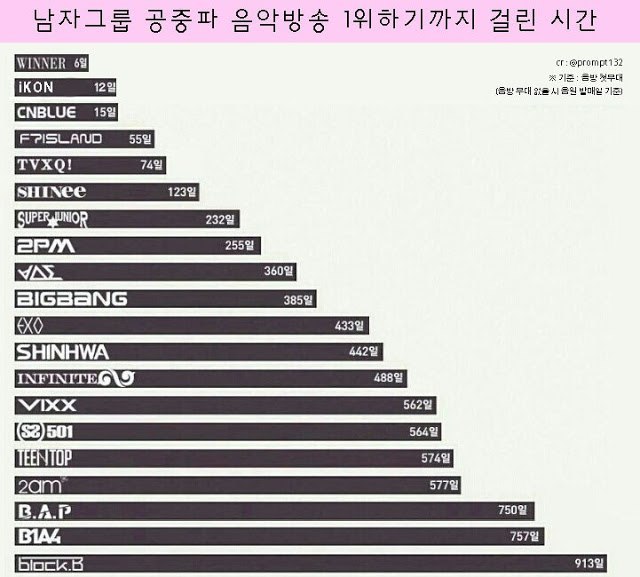 [+ 487, – 52] This made me realize how strong WINNER’s debut was and the fact that EXO didn’t get to where they are now overnight..