Recent photos of JYJ‘s Jaejoong revealed that the singer wore his Korean flag patch upside down on his uniform.

After making a lyrical error in singing the South Korean national anthem, Jaejoong was caught committing another patriotic gaffe, as photos showed that the singer wore the symbol incorrectly on the right arm of his uniform. Although his error was not a major mistake, many netizens have commented on his mistakes and expressed their disapproval. 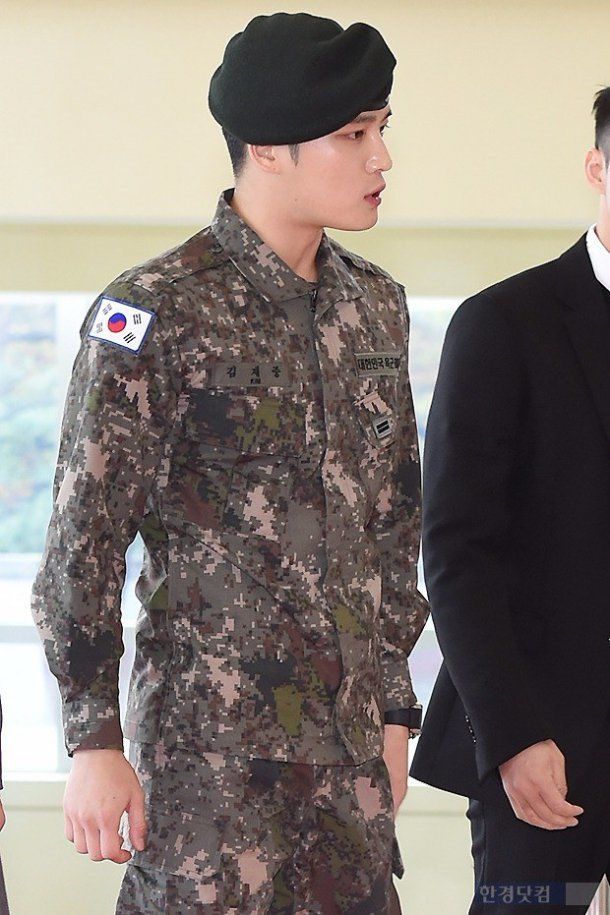 [+ 278, – 30] Okay let’s say for the sake of argument that his mistake with the anthem could have been because he was nervous. BUT as an soldier checking your attire is basic. Especially when you’re going to a public event. You check the flag, your rank, and your platoon mark. All I can see is that he spent time wondering which expensive watch to wear.

[+ 239, – 6] He makes up the lyrics to the national anthem and now hangs the flag however he wants. Shouldn’t he go to the military jail for stuff like this?