After successful promotions with winning streaks for title track “Pretty,” INFINITE H may be back with a new music video for “As Long As You’re Not Crazy!”

After claiming five wins for title track “Pretty,” INFINITE H has been rumored to be filming a new music video for “As Long As You’re Not Crazy!”

On the night of March 22nd, lighting director for music videos, movies, and dramas Choi Man Ho shared two images through his blog and Twitter account of what seems like the filming set for the hip-hop duo (Hoya and Dongwoo). The two photos evidently captures Hoya sitting by the bed and scrutinizing the screen respectively.

Included as the seventh track from INFINITE H’s second EP Fly Again, “As Long As You’re Not Crazy” features Phantom‘s Sanchez, which received much attention upon its release. 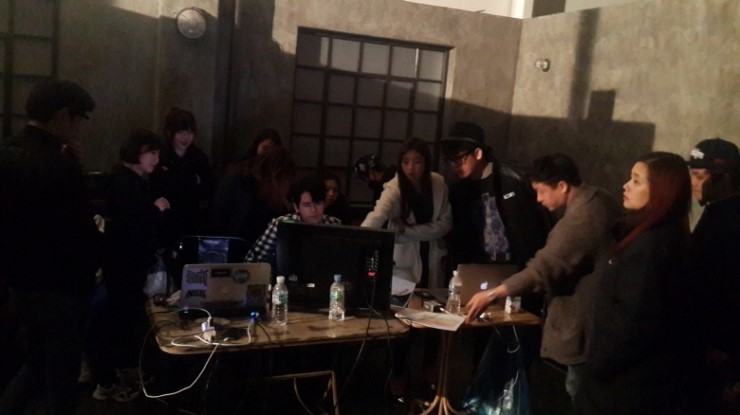