In addition to being an incredibly talented idol, EXID‘s Hani has also proven herself to be a caring sister as well.

While narrating for hit reality show Real Men, which has a heavy focus on the military and military life, the singer didn’t forget her younger brother, who is currently serving as a soldier. Hani publicly sent her love for her younger sibling, and also gave a special shout out to the other soldiers serving with him as well.

Despite her fan service, however, many netizens have suggested that Hani’s influence on soldiers has dwindled after Dispatch revealed her relationship with JYJ‘s Junsu. Many netizens made light of the issue, joking that Hani’s brother was probably treated a lot better back when she was single. 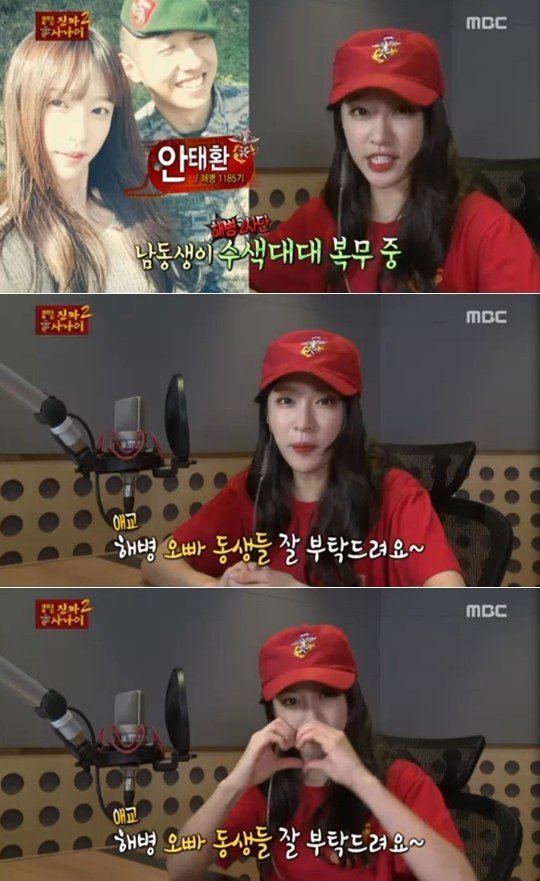 [+ 424, – 40] Her brother was probably the man of his troop until Dispatch…now that everyone knows his sister has a man ㅋㅋㅋㅋ. It’s gonna be a good year for him