Sporting the latest trends for Spring, Hani unveiled a more provocative concept on this cover wearing a black bodysuit. This was a major transformation to the glamorous yet tough concept highlighted in the previous images released.

Other photos released by Dispatch on March 4th also featured the member in a series of tough yet feminine images, posing in chic and glamorous while posing with hardware props and a motorcycle.

Aside from the pictorial, Hani also talked about the viral fan video that brought EXID’s “Up & Down” to fame and thanked the fan who recorded it in a short interview for the issue.

The full set will be included in the March issue of GEEKS.

Meanwhile, following the success of their track “Up & Down,” Hani joins EXID to prepare for their comeback rescheduled for April. 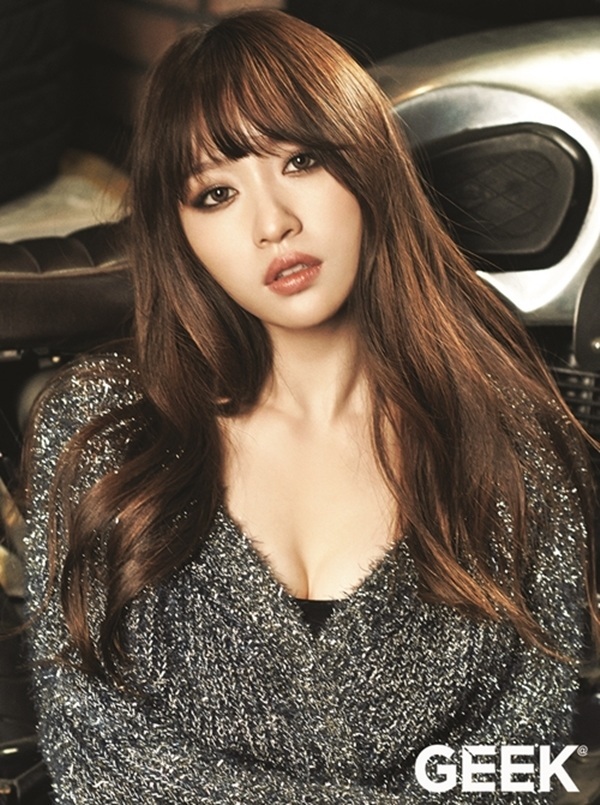 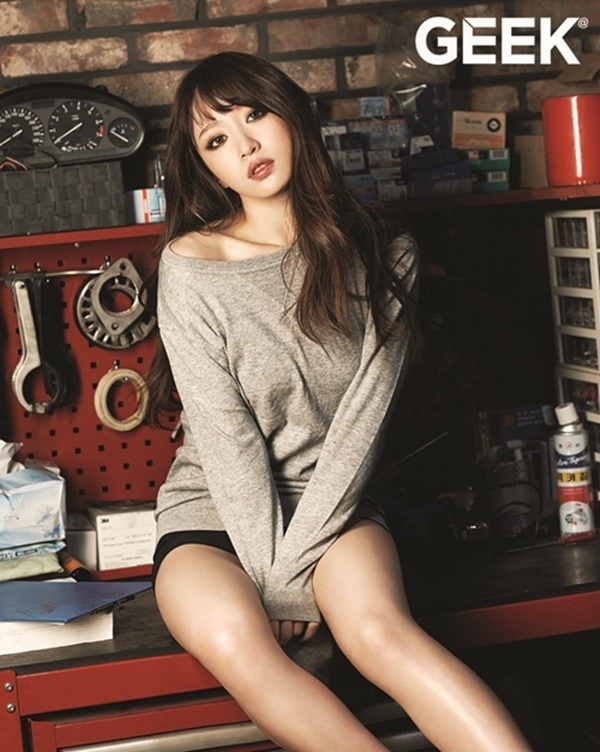 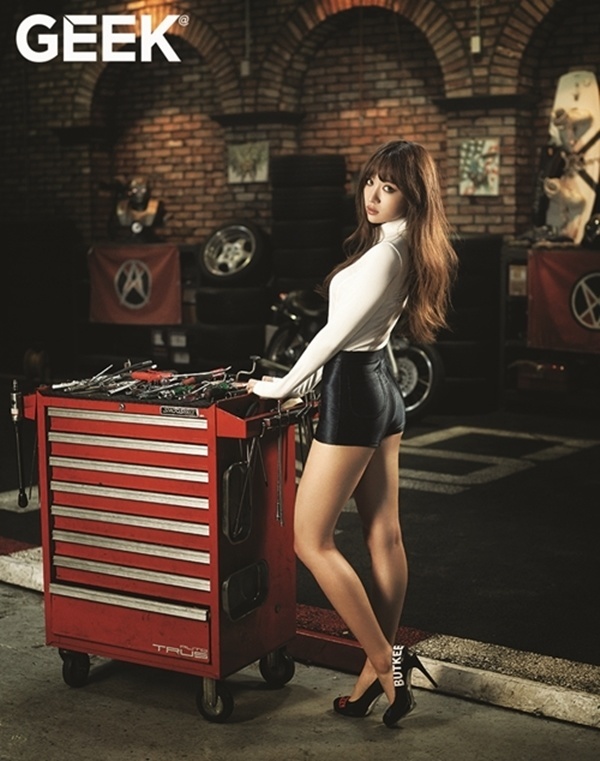 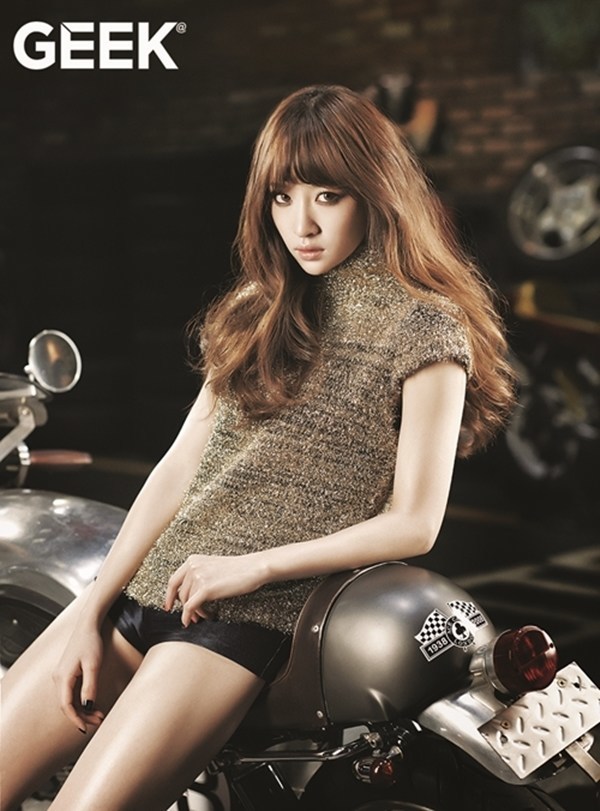