BTS broke EXO’s winning streak as they take their first win for “I NEED U” on SBS MTV’s The Show.

Expressing their gratitude, the group also updated their Twitter account with a photo of them and their trophy. It came with a message to their fans saying, “Thank you!! Because we were too nervous, we didn’t now what to say… Thank you very much ARMYS for our first win. Everyone worked hard. We will really really become cool. Love you!”

Since the show aired, BTS along with their fans dominated Twitter through the tag #BTS1stWin and managed to hit first place on the worldwide rankings.

BTS initially faced trouble after they were accused of manipulating the sales of their latest album which led to the netizens to clear up such suspicions. 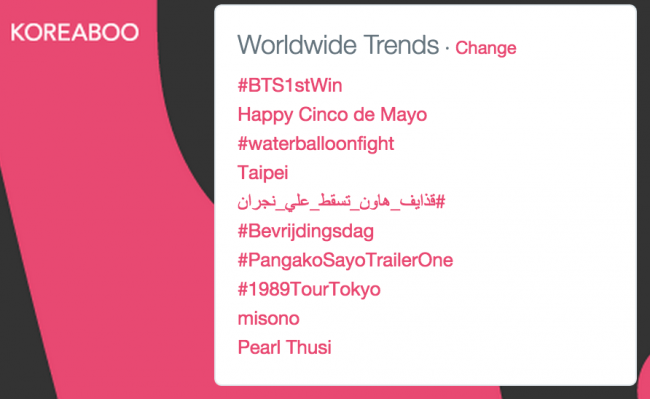